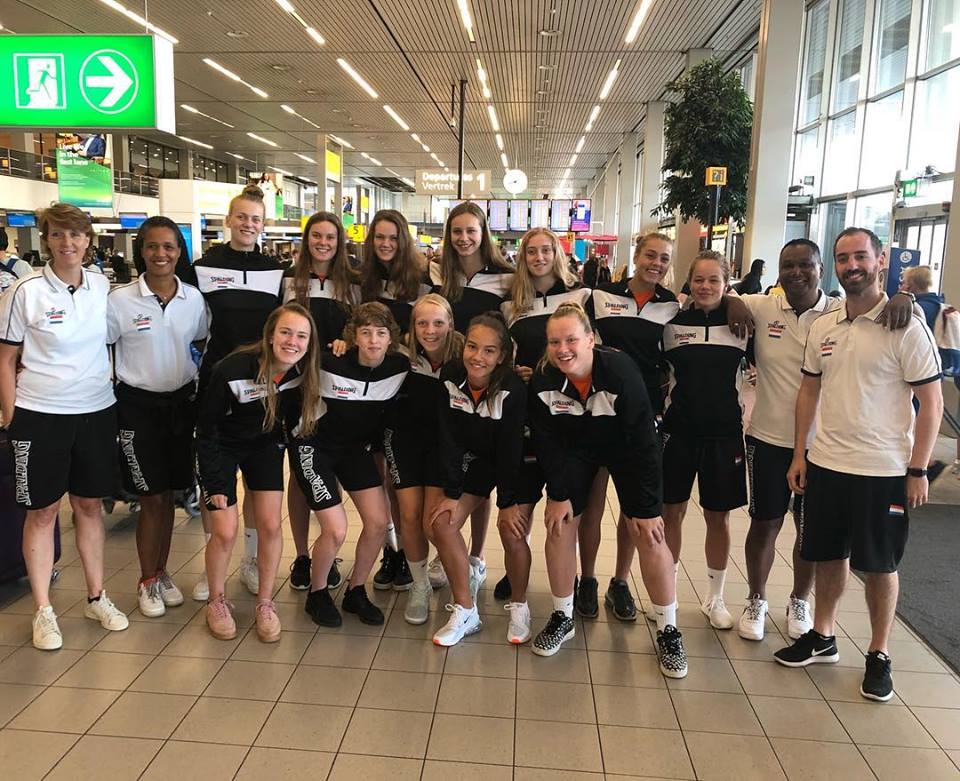 After finishing on the third spot during the European Championship in 2016, the Orange Angels were promoted to the A division last year. During last year’s tournament, the Angels avoided demotion to the B division. On Friday 17 August, the European Championship will start in Kaunas, Lithuania. The Angels are classified in group B and will play against Serbia, Spain and Latvia.

Before competing in Kaunas, the Angels played some pre-games in different countries of Europe. First they went to Luxembourg to play the Dussmann tournament. They lost their first game against Denmark, but won the other games against Ireland and Luxembourg. Czech Republic was the next stop for the Angels. Czech republic won all three games against the Angels. In Pesaro the Angels lost against Italy, Spain and Belgium, but are ready
to compete in this year’s tournament.

“We have built great team chemistry”

One of the players that will play for the Angels is Sofie Bruintjes. Last season she played at CTO Amsterdam, where she was not only a dominate defender, but also had a good range from beyond the arc. She can’t wait to play for the Netherlands. “It is a big honor for me to play at this year’s tournament. Playing for your own country is one of the most beautiful ways to play basketball. Our goal is to stay in the A division. It will be though, because we are in a tough group, but I am sure we can compete against our opponents. We have built a great team chemistry. Not only with our players, but also our coaches and other staff.”