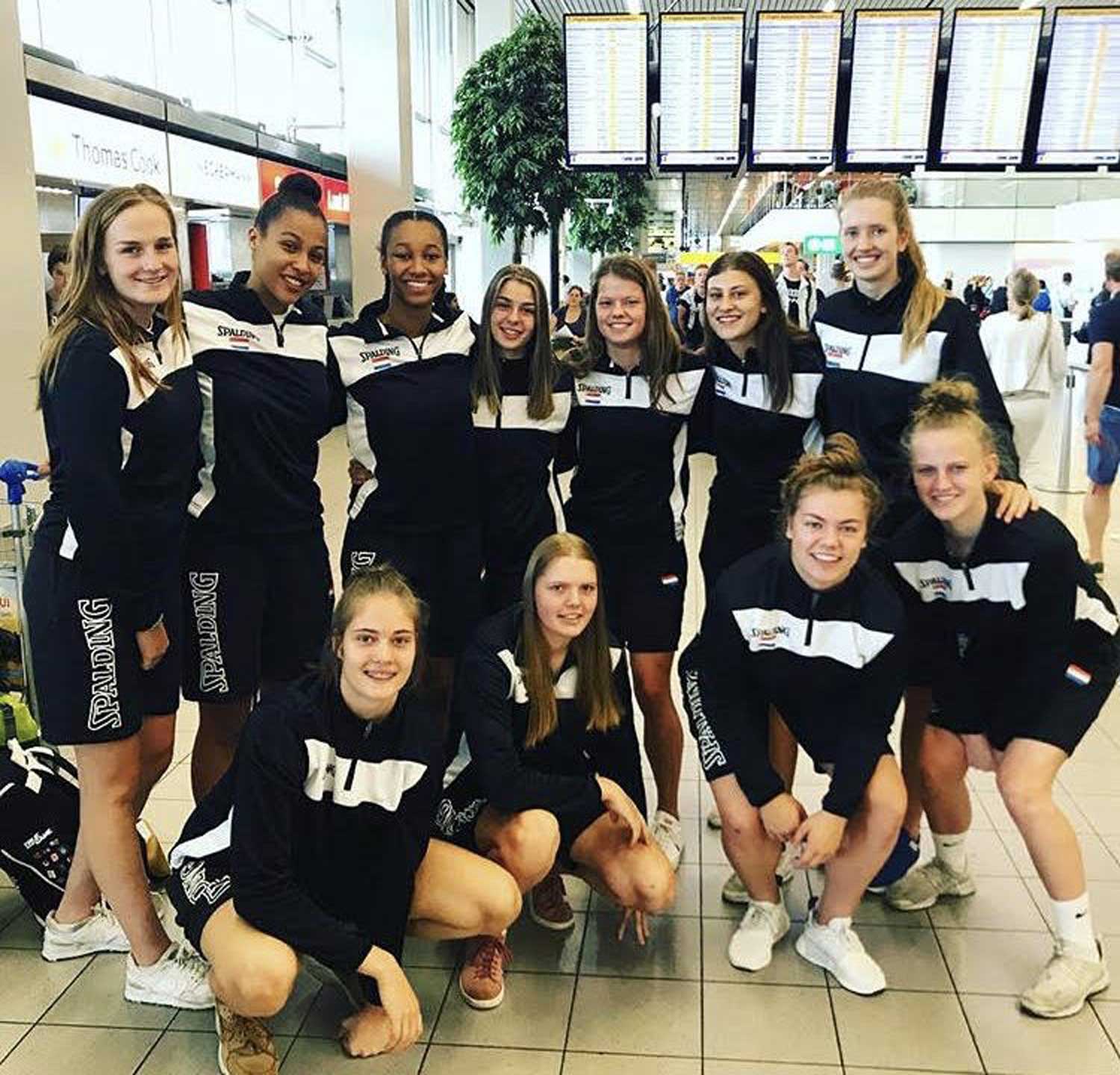 This Friday the FIBA U18 Women’s European Championship will take place in Oberwart, a city in the east of Austria with almost 7.000 inhabitants. From there, the Netherlands will compete in the B division of the tournament. The first opponents they will meet in group C are Montenegro, Denmark, Great Britain, Turkey and the host country of this tournament Austria. None of those teams was the opponent of the Angels last year.

Last year, the Orange Angels were coached by Molly McDowell. As many of you know, she reached the bronze medal as the assistant coach of the Angels U20 this year. The Angels U18 are now coached by Meindert van Veen. Although the Angels didn’t reach the quarterfinals last year, they won with big differentials a couple of games. Georgia became their first victim by losing against the Angels with 50-84. The next big win was against Swiss with 41-81 and also Norway was a win with 86-38. An eleventh place was the best the Angels could get. The Angels still have so many talent and potential, who knows what they can accomplish this year.

Last June, the Orange Angels started their first pre-game tournament in Fougeres, France. From there, they played against Argentina U17, France U18, and Israel U16. It was a close one against Argentina, losing with 75-71. France was a tough opponent, which ended with 64-35 for France. Against Israel, the Angels won with a 10 point differential.

After Fougeres, the Angels went to Poland. In Zyradów they would play against Poland three times. The first two games, Poland won with a big differential. The third game was a thriller. After 40 minutes of playing, an overtime decided who would win the game. Poland had more luck in the last five minutes: 74-72.

Last, but definitely not least, the Angels played two more games in Amsterdam against Luxembourg. They didn’t have that many trouble against Luxembourg, but still, coach Meindert van Veen was most concerned about the precariousness he observed. Two weeks of practising can make a difference about how ready the Angels are. Overall, he thinks it was a great period of practising.

Goals during this year’s tournament

One of the players who will be playing this tournament is Kiki Fleuren. Last year, she had a tough injury. Now that she is back on the court, she can take her place a point guard. Her drives and three-pointers will certainly come in handy! Fleuren is not the only one who suffered from injuries. Raquel Terrer van Gool fell out with a terrible knee injury and also Evelien Lutje Schipholt had some injuries during the pre-games. It seems that Lutje Schipholt still can play this tournament.

Jade Blagrove played for the Orange Angels U16 last year. Right now, she will join the U18 team, and she can’t wait to be on the court. “I am pretty excited to join the Angels U18. Last year I played in the A division because the Angels promoted at the U16 tournament in 2016. Many of those players I played with are older than me. During last season, I had a lot of trouble. I had many injuries, but I kept fighting to be part of the Angels. It feels amazing to know that I am ready again and I feel honoured to play for the Netherlands again!”

Blagrove knows how it feels to play in the A division. U18 will be playing in the B division, so their goal for this year’s tournament is very clear. “We want to promote to the A division with this Orange Angels U18, by playing our best way of basketball, giving every inch of energy we have. We have a very good team with so much potential. As said, two years ago we reached the A division with our U16 team. Everybody needs to work hard, in offence and defence of course. During our preparation, we played against France, the European champion. It was a tied game during the first half because everyone was focused enough and work together with each other. I am sure we can reach our goal if we keep playing like that!”