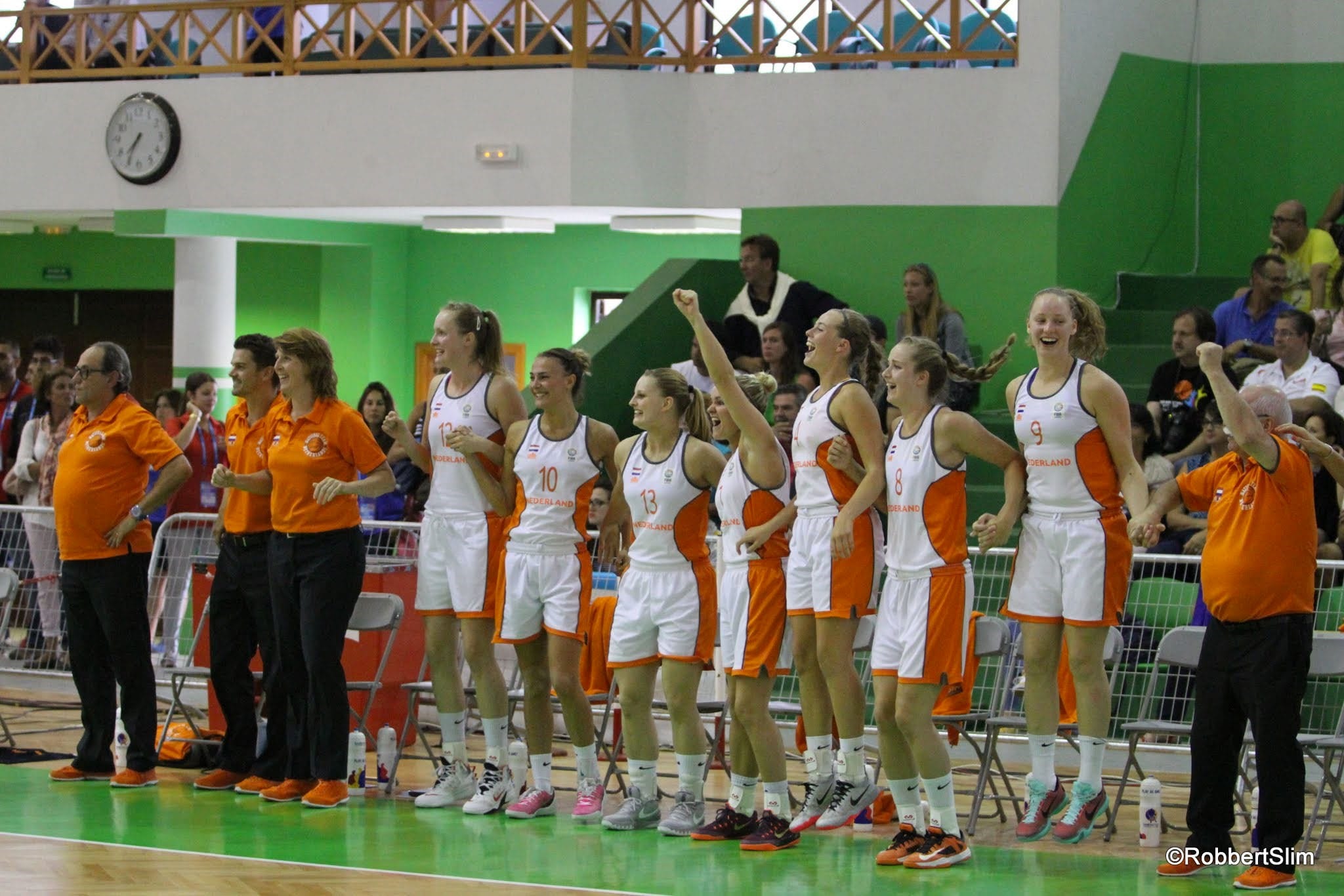 Two years ago, the Orange Angels U20 were making history. They made it to the semi-finals of the European Championship and won the Bronze medal. Last year they didn’t qualify for the quarter-finals. After the games in the group phase (only winning against Latvia), the highest possible ranking for the Angels was the ninth place. They weren’t satisfied with that. Luckily it looks different this year with the European Championship in Matosinhos, Portugal. This tournament will start from July 8th to 16th, where the Angels will compete against Turkey, Russia and Serbia in group D.

Almost a new U20 team

Players like Laura Cornelius, Emese Hof and others of last year’s team won’t join the team. Luckily the Angels can rely on new talented players. In the preselection, many players of the Dutch national U20 champion (Solar systemen-Grasshoppers) and the runner-up (CTO Amsterdam) were selected, combined with other players who have basketball experience outside of the Netherlands. Are they able to reach the top again? Last weekend they won twice against Germany. Those are great results, which could be a signal for getting back to the top. So be sure to watch the Angels play in the European Championship U20!