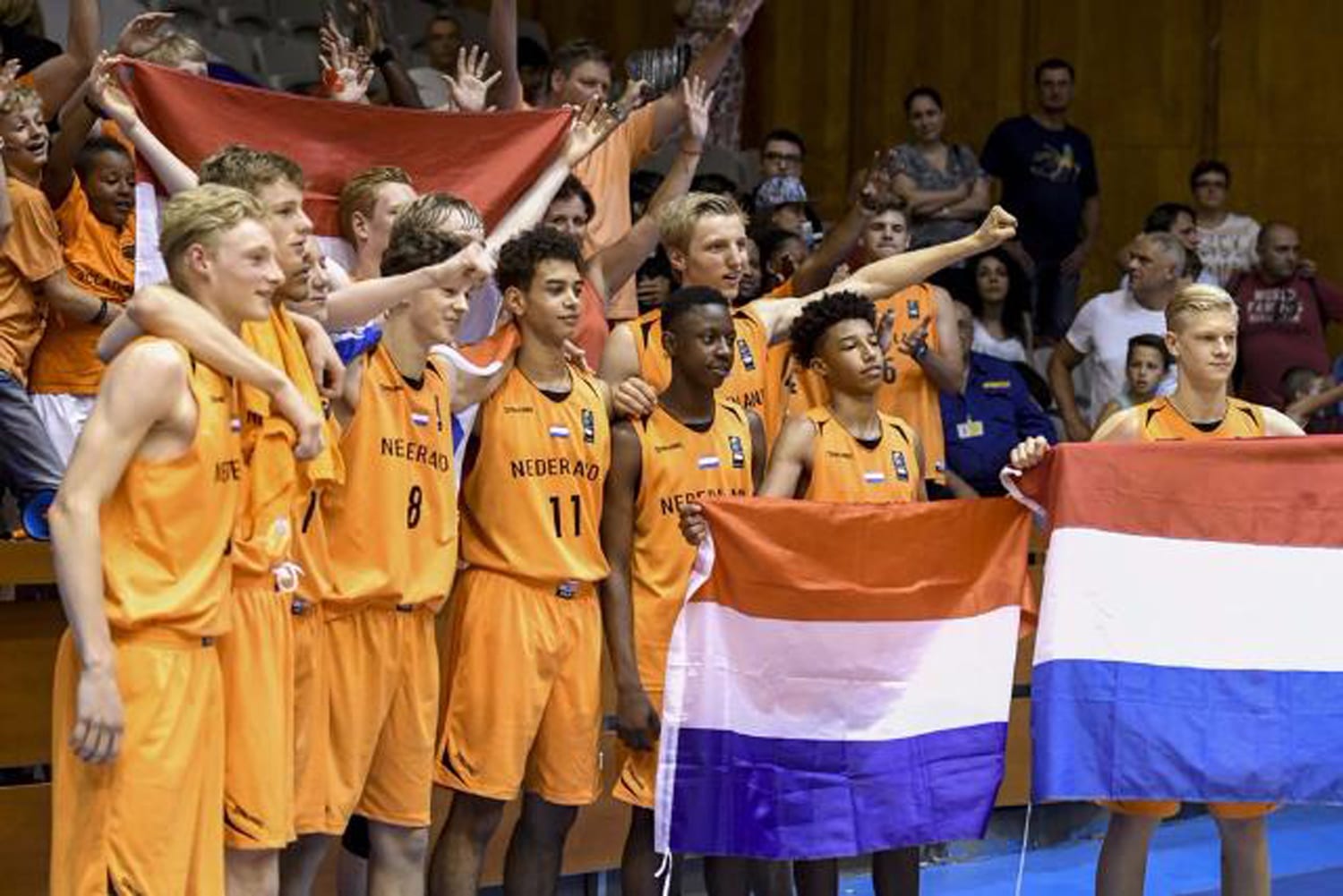 The Netherlands U16 made progression last year. They won the silver medal during the European Championship at the B division. With that, they promoted to the A division. At this year’s tournament, the Lions are selected at group B. It will be a tough group phase, knowing that they will meet Spain, Serbia, and Latvia in group B. This tournament will take place in Novi Sad, Serbia, from Friday 10 August till Sunday 19 August.

Playing with a lot of courage and passion

As said, coach Chris van Dinten managed to win the silver medal with his U16 team. For this year, the Lions U16 will be a completely new team. Last year they had players like Rienk Mast and Keye van der Vuurst-de Vries, who the European championship at the B division of the Fiba U18 tournament. Not to mention, Tristan Enaruna who played a sensational tournament. This year’s coach Wierd Goedee knows what the Lions are up to. “It will be tough. From this year’s U16 team, none of them played at a European championship tournament. It would be a big challenge to reach the last 13 teams, to prevent demotion to the B division. Nevertheless, we will always play with a lot of courage and passion!”

Last July, the Orange Lions played a tournament in France and Spain. It wasn’t that easy. The Lions played a couple of games against France, Spain, and Croatia. In some of these games, they had the chance to won, but it wasn’t enough. But a preparation is meant to get better, stronger, learn from your opponents. Who knows what the Lions are capable of to show us!