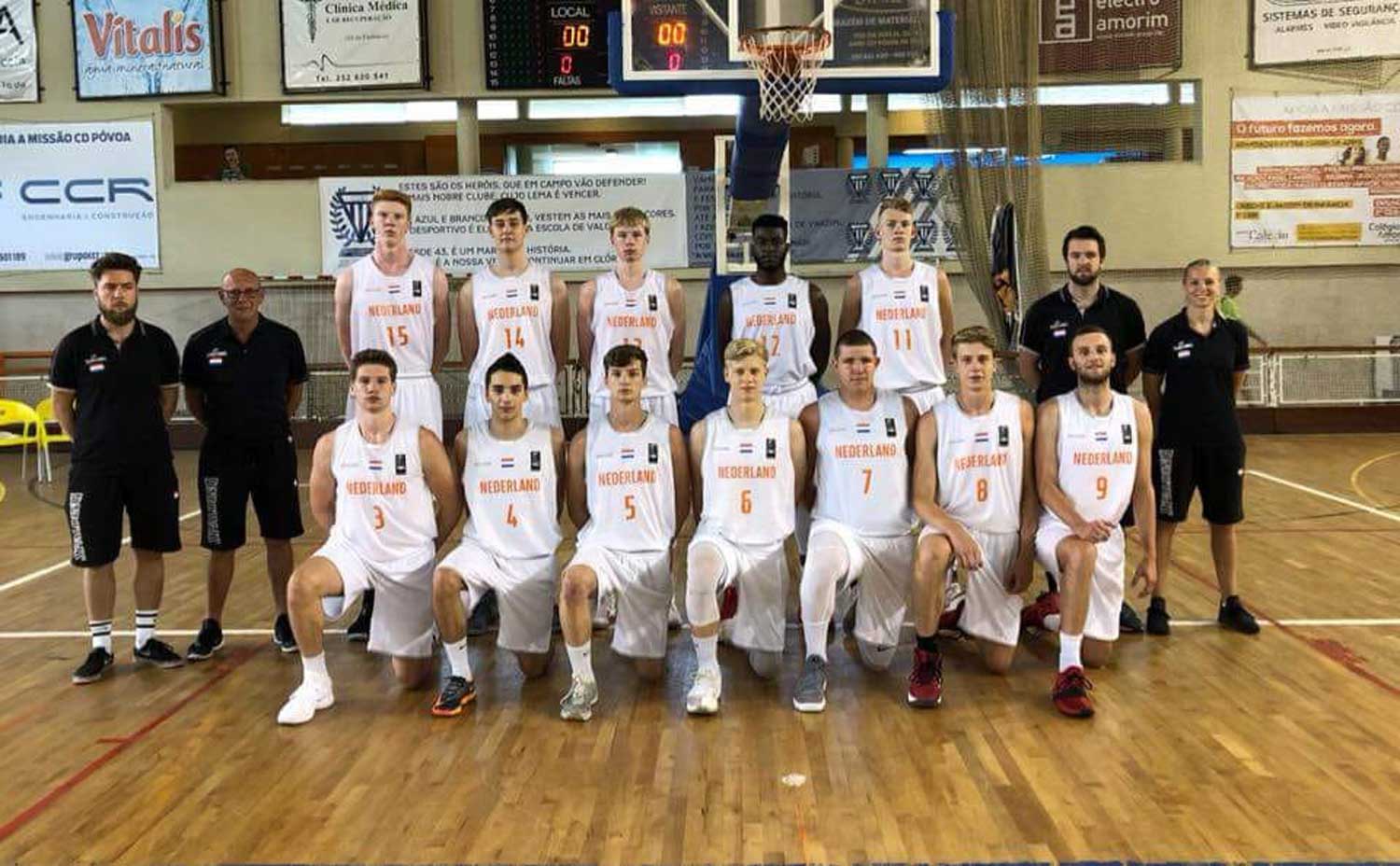 Last year was pretty good for the national men’s team of the Netherlands under 18, the Orange Lions. The Lions reached the last eight, but could not reach the semi-finals. By winning against Denmark and losing against Poland, the Lions ended up on the sixth place. Last year’s coach was a big factor in that as well.

For this year, it is up to the Belgium coach Paul Vervaeck to reach the next level. From the 27th of July till the 5th of August the European Championship will start in Skopje, Macedonia. The Lions are classified in group C, together with Israel, Macedonia, Iceland, Czech republic and Luxembourg.

From last year’s tournament, only four players will play for U18 again. Two of them played last season for Basketball Academie Limburg:  Jacco Fritz and Yarick Brussen. The third player is Stan van den Elzen. Rienk Mast and Keye van der Vuurst-de Vries won the silver medal at their Orange Lions U16 last year. Paul Vervaeck cannot wait to start this tournament. “This kind of tournament’s is very important for the development of our players,” Vervaeck said.

The Lions went to Porto to play a tournament against Portugal and Ireland. They won the first game with 65-70 against Portugal. Portugal fought back, but the Lions had enough energy to win the first game. The next game was an easy one. Against Ireland the Lions started very strong and won with a 60 point differential: 112-52. Later on, the Lions went to Wallonia to play twice against Belgium. They won both of them against Belgium: 57-74 and 75-86. According to those results, the Lions are ready to start the tournament in Skopje this Friday.

Dutch Players to Keep Your Eye on in Spain