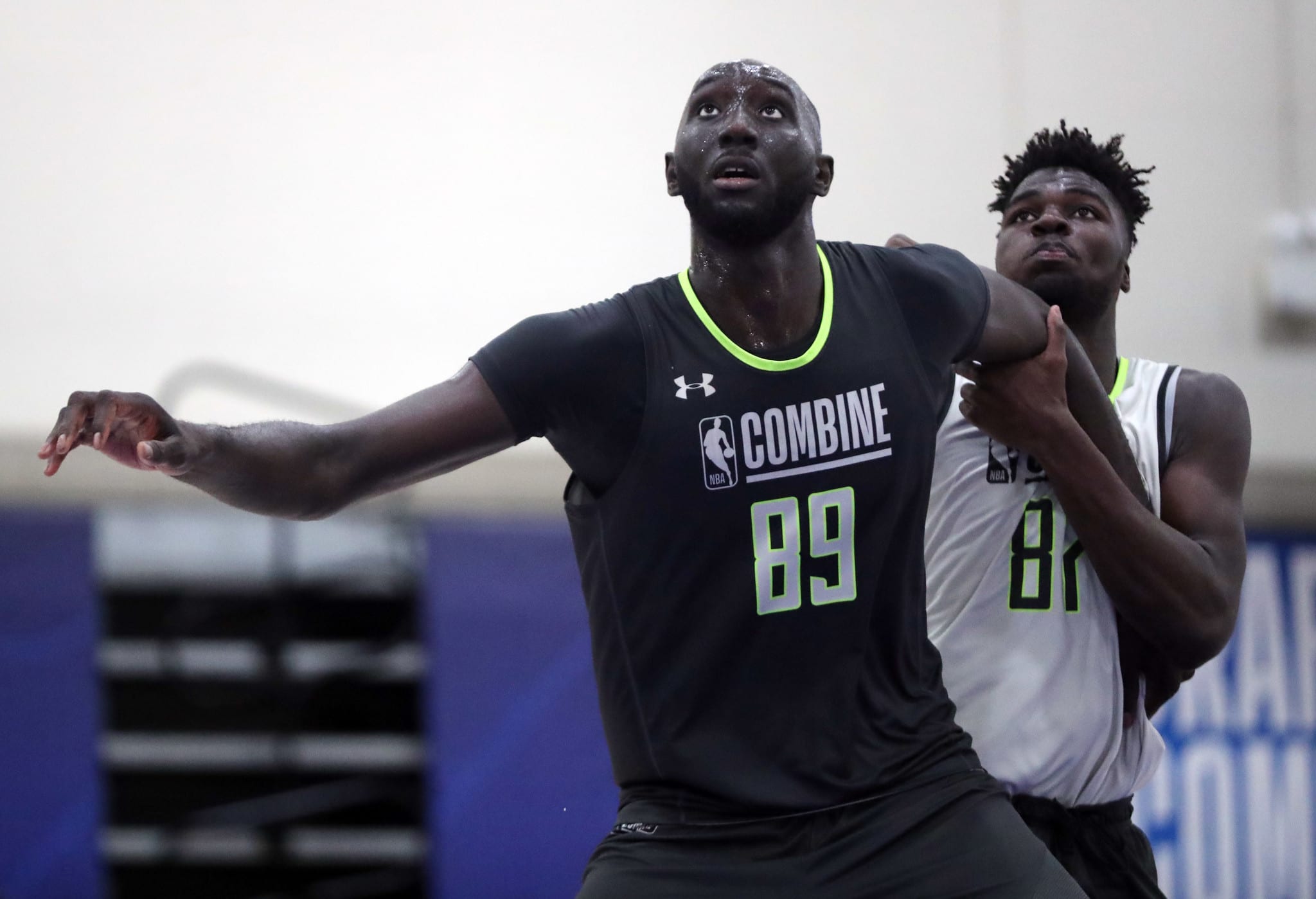 The Combine has come and gone, and now we’re all a bit more informed about this year’s talents trying to make their way into the NBA. Of course, some big names didn’t attend the combine, such as Zion Williamson and R.J. Barrett, as their place in the draft is already pretty much set.

For other players, this is one of the last chances they’ll get to give a lasting impression to the NBA scouts, and make their NBA stock rise of fall.

Do you still remember Bazley’s college year? You can’t, as he never attended college. At first, Bazley was on route to become the first player who went to the G-League instead of going to college. It wasn’t that he couldn’t find a good college, as he already had committed to Syracuse, but he came back on that decision. Eventually, Bazley decided not to play in the G-League as well, so the scouts and the fans haven’t seen him play for a while now.

Therefore, he needed to show that he had developed physically in the past year, and improved the other facets of his game as well. In the end, he did partake in the Combine, which will definitely up his stock for the draft, but he didn’t show a spectacular improvement after he was out of the public eye for a season, so he hasn’t proven that skipping out on college was a good choice.

Darius Bazley (@BazleyDarius) gets it going at the 3/4 Court Sprint! pic.twitter.com/Yi7eUNyYPI

Fall stepped into the spotlights during the last NCAA Tournament, when he showed he was more than just his height (7-foot-7). The highlight of his season was the game against Duke, when he held his own against future NO.1 pick Zion Williamson, as part of the UCF Knights.

Fall didn’t just walk into the NBA Draft Combine, as he had to start at the G-League Combine, and earn one of the spots in the other combine. Eventually, he was one of eleven players who received the most votes by NBA teams, and got to attend the NBA Combine. His impressiveness didn’t stop there, as he definitely stood out during the measurements. Fall has the highest wingspan ever at 8’2.25”, as well as biggest standing reach (10’2.5”). Now, he’s even projected to be an early second round pick, where he wasn’t even ranked before both Combines.

Consensus I’ve heard on Tacko Fall: With a pick in the late 40s or 50s, why not? pic.twitter.com/kscJP8xXr9

Brazdeikis wasn’t sure whether he would stay in the draft this year, as he was only a freshman, but this weekend might’ve influenced his decision. Just before the Draft Combine would begin, his former Michigan coach, John Beilein, had announced he would leave the Michigan Wolverines to take a coaching job with the Cleveland Cavaliers in the NBA. Beilein was a huge part of why Brazdeikis originally chose to go to Michigan. Of course, he still has ten days to decide whether he will stay in the draft, or return to school, but if the Cavs are interested, the decision won’t be that difficult.

Samanic only partook in one day of the Combine, and he immediately showed that he could compete with the American players. If Samanic decides to make himself eligible for the 2019 draft, he’ll be the highest European pick.

In just one day, he made sure he would be on the radar for most teams, not only with his measurements and speed, but also with the skills he showed on the court. He ended the game with 13 points and 7 rebounds, but also proved to be able to defend most positions on the court.

The question is whether Samanic will actually stay eligible for the draft, or that his appearance in the Combine was just a test round. This was the first time he actually got to compete and measure himself with stronger, American, competitors, and though he proved a worthy opponent, Samanic might decide to practice to be more physically in Europe for just one more year, as he’s only 20-years-old.

Impressive first half from Samanic. Not only looks like he belongs but standing out as a top player. Just pulled off a sweet spin move. Flashed some handles earlier. Appears tougher inside than I thought.