Who Stood Out During the Summer League

It’s difficult to make it to the NBA, but it might be even harder to actually stay there to retire. No matter where you’re drafted, you’ll have to continue to prove yourself until the end of your career.

This was especially hard for Anthony Bennett, the No.1 pick in the 2013 draft by the Cleveland Cavaliers. He wasn’t able to reach the potential everyone suspected he could, and is considered one of the biggest draft busts in the history of the league. But, just a couple of days ago, it all changed for him. Bennett earned himself a new contract in the NBA.

The Houston Rockets decided to give him the chance to prove himself at their training camp. Bennett had a fairly good season in the G-league, and has used the last few years to reinvent himself. Nowadays, he’s one of the best shooting big men in the G-League. If he performs well during the training camp, Bennett might even find himself back on an NBA roster.

These players have been faced with similar problems, though their NBA careers were much more successful than Bennett’s, but they’re trying to find their way back to the NBA as well.

Stoudemire has definitely kept himself in shape the last few years, but his last appearance in the NBA dates back to the 2015-2016 season with the Miami Heat. It’s quite interesting that Stoudemire is trying to make a comeback in the league, as he signed a quick contract with the Knicks at the end of the 2016 season, so he could end his career as a Knick.

Soon after that, he signed a two-year deal with Hapoel Jerusalem.  It’s no surprise he went there, as he’s a co-owner of the team. Furthermore, in 2018, Stoudemire joined Ice Cube’s Big3 league with the Tri-State team. Around that time, he announced he was trying to get back to the NBA as well.

Cue the NBA work-outs. The planning of the work-out started modest, with five teams planning on attending. But, according to Stoudemire, 15 teams were in attendance during Ellis’ and his combined work-out. Now, it’s just a matter of time before it becomes clear if any team is interested and has the space to sign either of them.

Ellis last played in the NBA during the 2016-2017 season for the Indiana Pacers, but his most successful years were with the Golden State Warriors at the beginning of his career.

There is quite some interest in the guard, as he attended the same work-out as Amar’e Stoudemore. One of the teams was the Warriors, who are reportedly interested in Ellis. That would be quite interesting, as Ellis originally got traded from the Warriors because he couldn’t, or didn’t want, to play together with Steph Curry. And one thing is for sure, Curry isn’t going anywhere.

So far, there aren’t any leads yet on whether Ellis is actually close to signing with a team in the league. 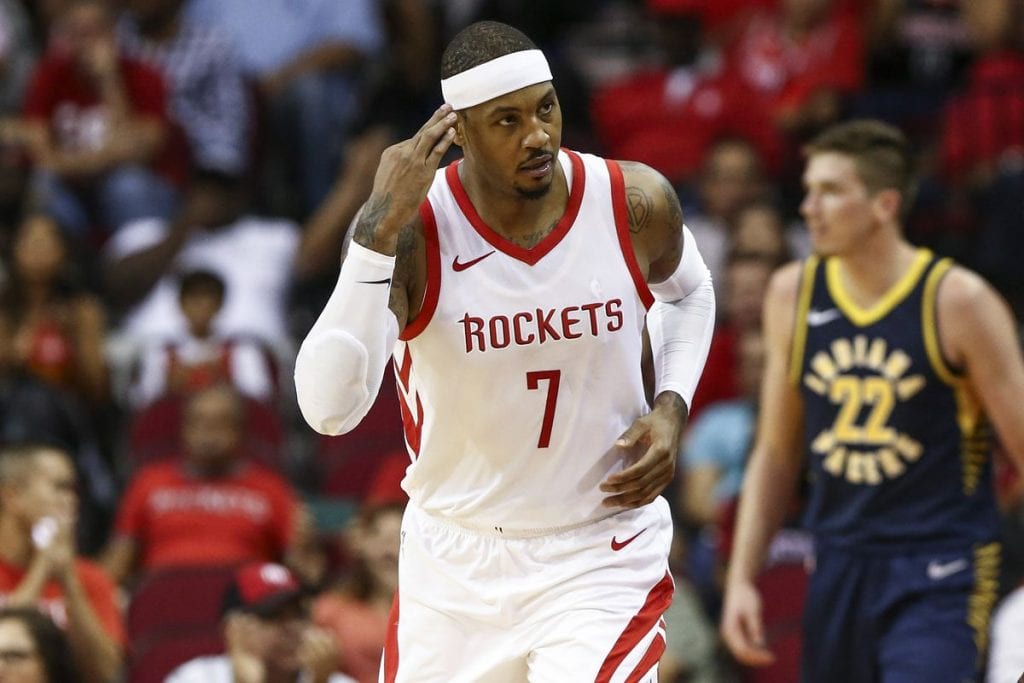 Anthony played ten games for the Houston Rockets last season, before he was moved to the back of the bench. At first, the team didn’t try to waive or trade him, as they didn’t want to disrespect him, but the Rockets didn’t see any role for him on the team. Eventually, in January, they traded him to the Bulls, who waived him.

There have been a lot of rumors of Anthony signing with a new team, including the New Zealand Breakers of the NBL, but none of them have proved to be true. Besides that, it has been fairly quiet around him. Anthony has even made it clear he’s not opposed to returning to the Knicks, but for that to happen, the Knicks would have to open up a roster spot for him.

Who Stood Out During the Summer League