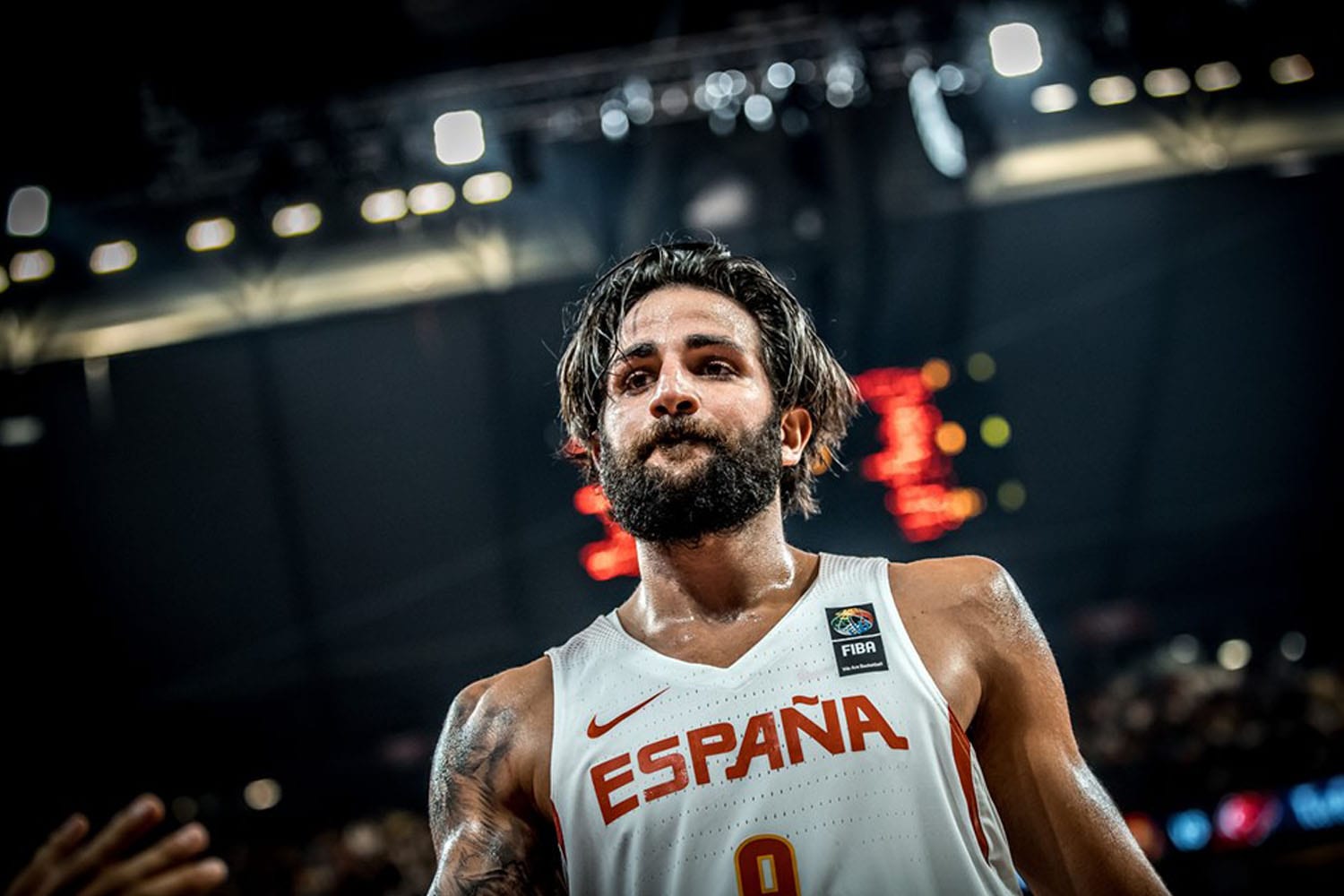 Ricky Rubio was the unsung hero in Spain’s victory over Turkey, 73-56, in the round of 16. In the fourth quarter, when Turkey made a serious run to come within a few points, Rubio stood up. He didn’t miss a shot in the final quarter, making all 4 of his free throws, hitting his only two-pointer, and scoring both of his three-point shots. Single handedly he put the game out of reach for Turkey.

It wasn’t the first good performance of Rubio during Eurobasket. He is playing good and he is shooting extremely well in all of his six games (2 point FG 48.6%, 3 point FG 48.0%, FT 94.7%). These are remarkable numbers for Rubio as he is more known for his defense and his passing.

His shooting has never been his selling point. Recently Rubio was chosen the worst three-point shooter in NBA history among veterans who have played over 5000 minutes. In his career he just shot over 30 percent from downtown and that’s very poor. Surprisingly he is a very good free throw shooter hitting almost 85 percent from the charity stripe.

Rubio himself cannot explain why shooting from a distance is so difficult for him. He practices a lot. For hours and hours. He worked with several shot coaches but to no avail. Sometimes his shooting improved, but in the end, after a few weeks, he was back to his old self.

It may have to do with his harsh defense. Rubio is known for his strict on-ball defense, creating a lot of steals but it also causes fatigue. That may be the reason his shooting is at its best in the first quarter of an NBA game.

At Eurobasket, there are shorter games, more relief, no traveling every other day, may have made Rubio a better rested player. Who knows? Tonight, Rubio (and Spain) will play Germany in one of the quarterfinals. Who will show up? NBA Ricky or Eurobasket Ricky?