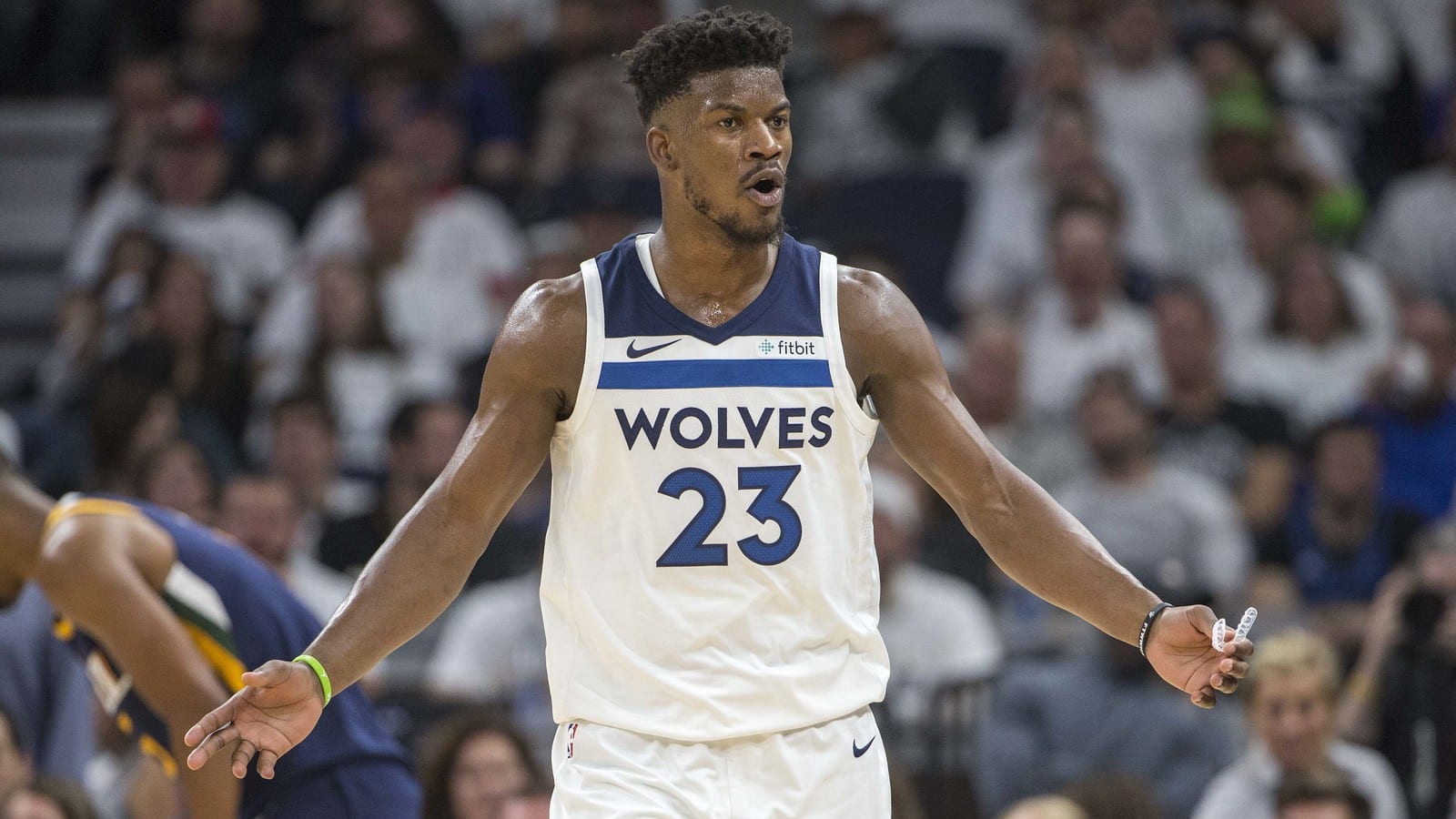 Some players seem to just walk straight onto the court in the NBA, without even trying. Other, have to work as hard as they can to get to the NBA. And then, there are people who seem to have no chance at all to ever make it into the NBA.

Jimmy Butler belongs in that last category. No, not because he did not deserve it, but because the odds have never been in his favor. Now, Butler is a successful NBA athlete, a three-time All-Star, the Most Improved Player in 2015 and he is already in his seventh season in the NBA, but it could have all gone in a very different direction.

It all started when Butler was young, and his father abandoned his family. Then, at the age of thirteen, Jimmy was kicked out of his house in the suburbs of Houston. The last words he recalls her saying were: “I don’t like the look of you. You gotta go”. At that point, he had nowhere to go, and for years he bounced between the houses of his friends, while only staying in one place for a couple of weeks. Though he had trouble keeping his head above water, one thing was absolutely clear for him: basketball was his life. Just before his senior year of high school, things started to look up for him.

After a Summer League game, a freshman in high school and a football and basketball player, Jordan Leslie, challenged Jimmy Butler to a three-point contest. Soon after, they became good friends, and Leslie started inviting Butler to his house.

This story is a bit similar to ‘the Blind Side’, as Leslie’s mother was reluctant at first to take Butler in, as she already had seven kids in total (four kids of her first marriage, and three of her new husband’s) and the family did not have a lot of money. They decided that Butler could stay over, but only one or two nights per visit. The kids did not agree, and every time that Butler came to stay, a different kid told his parents that “it was their night to have Jimmy over”. A couple of months later, the family let Butler stay for good.

Soon, with the support of his new family, Butler became a great basketball player at his high school in Tomball, but unfortunately it was not enough to get a scholarship to a major university. But, still Jimmy Butler did not want to give up. He chose to go to the close by Tyler Junior College. That season, he scored between 30 and 40 points every game. By the next year, Butler had offers from several great universities, and he chose to go to Marquette. In his last year, he had gotten the attention of several NBA scouts, as he could score, but also was a great defender and rebounder, and most importantly he played without a big ego.

Eventually, he became the 30th pick in the NBA draft by the Chicago Bulls.