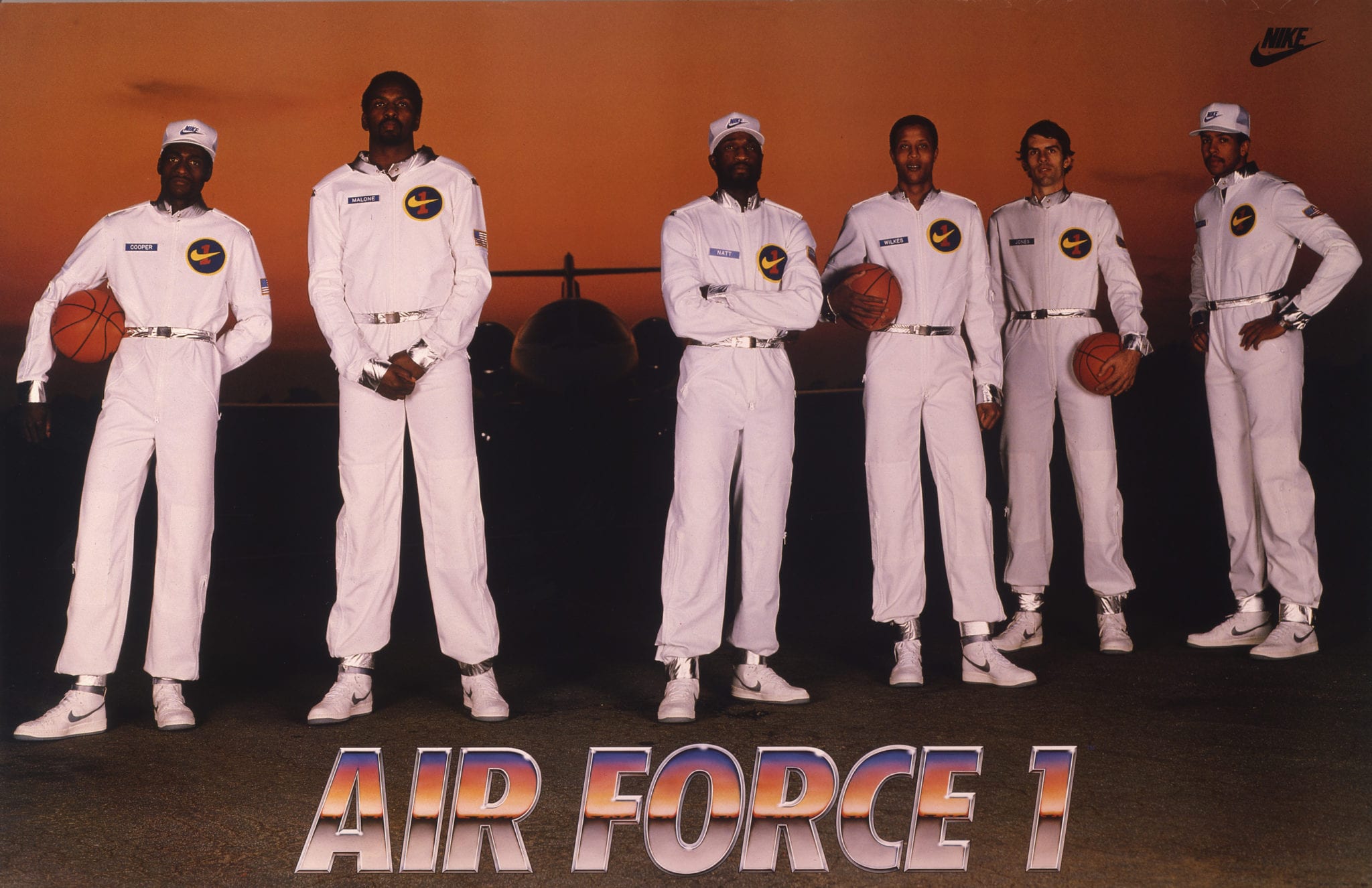 The Nike Air Force 1 started life as a professional basketball shoe. It quickly became a symbol of the culture that was inspired by and developed around the game. Over 35 years after its launch, it still remains one of Nike’s biggest sellers ever.

The Nike Air Force 1 was designed by Bruce Kilgore in 1982 and was named after an aircraft of the same name. Just like the plane, the shoe featured innovations that weren’t immediately noticed by the eye.

The Nike Air Force 1 was the first shoe to feature Nike’s Air cushioning technology. This brought a whole new level of comfort to a basketball shoe. Kilgore also designed the sneaker to have a cup-sole. This way the foot and ankle had more support because the foot was resting in the sole instead of on top of it. At its initial launch, the Air Force 1 featured mesh on the upper, but in later versions, an all-leather construction was used to improve durability and justify its higher price point. It also featured an ankle strap to increase support and stability.

The first Air Force 1s made were given to a select group of defense specialists: Moses Malone and Bobby Jones of the Philadelphia 76ers, Calvin Natt and Mychal Thompson of the Portland Trail Blazers and Michael Cooper of the LA Lakers. When Malone led the 76ers to the 1982/1983 NBA title, the Air Force 1 became enormously popular among Philadelphians.

Just two year after its launch, in 1984, the Air Force 1 was retired, just like Nike expected. What Nike didn’t know was that the shoe had grown in popularity in cities like New York, Philadelphia and Baltimore. With its hi-, low- and mid-top versions and durability and comfort the shoe was very loved, especially among streetballers.

As hip-hop and basketball merged more and more, the Air Force 1 became an important symbol of that growing culture. When the popular sneakers began to disappear from the stores after its cancellation, the fans were demanding its return. Distributors began asking Nike to bring them back, but from Nike’s perspective, it didn’t make sense to relaunch an old shoe. When a group of retailers from Baltimore approached the company with a list of orders, Nike agreed to reissue the Air Force 1 in two styles. This grew out to be a new launch every month and in 1986 the shoe made a full return to Nike’s line-up.

Over 35 years, 2000 colorways and multiple collaborations later, The Air Force 1 is still one of the best-selling sports shoes ever.