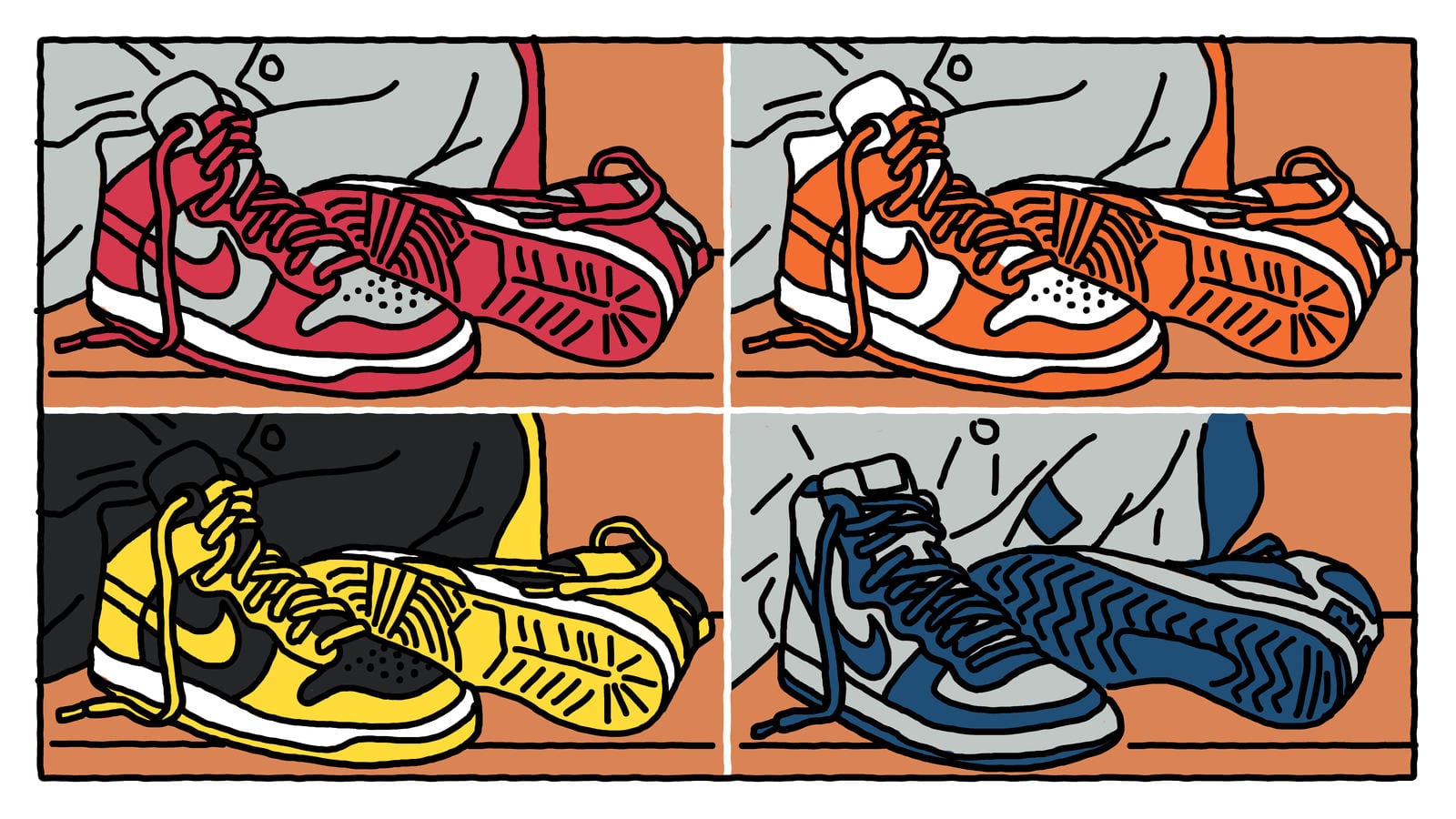 Every college squad that rocked the OG Dunks had personality. It’s been called the twin of the Nike Terminator and the bastard child of the Air Jordan 1. Born with that kind of family tree, and with a profile primed for creative paint jobs, it’s no wonder the Nike Dunk is considered a classic.

The Nike Dunk was designed by Peter Moore in 1985 and called the College Color High. The design of the Dunk was focused on basketball, they wanted to create a product that would make the athletes better. During the 1980’s Basketball sneakers were hitting the fashion world, making it the perfect time for Nike to launch their latest shoe, energizing basketball culture in unexpected ways. The design of the sneakers was simple but stylish and was driven by innovation that translated itself easily into street style. The Dunk’s outer sole looked like the Air Jordan 1, which was designed by the same design minds. The upper sole, however, resembled the Nike Terminator.

In the 1980’s, college basketball was getting more and more popular among a wide range of athletes and fans. During this time Nike released footwear in the school colors of popular basketball programs, hereby fans could support their favorite teams by wearing an entire outfit in the team’s colorway. The advertising tagline ‘Be True to Your School’ emerged and centered around 12 key schools across the US such as the universities of Arizona, Lowa, Georgia, Syracuse, Georgetown, and Kentucky  You can recognize the campaign by its bold colors and color blocking.

The University of  Nevada, Las Vegas (UNLV) even got customized jerseys to match the red and grey Dunks. Dunks were the shoes everybody wanted among serious ball-players and sneaker-heads. After some time, however, Dunks suddenly went off the radar. More than a decade later the Dunk made a return. This time among the skateboarders. Nike Skateboarding stayed true to the Dunk’s original design, keeping each colorway they were. They were, however, modified for skateboarding, gearing each pair with full premium leather and suede builds.

Matt Haarms Gets Purdue The Victory at Indiana