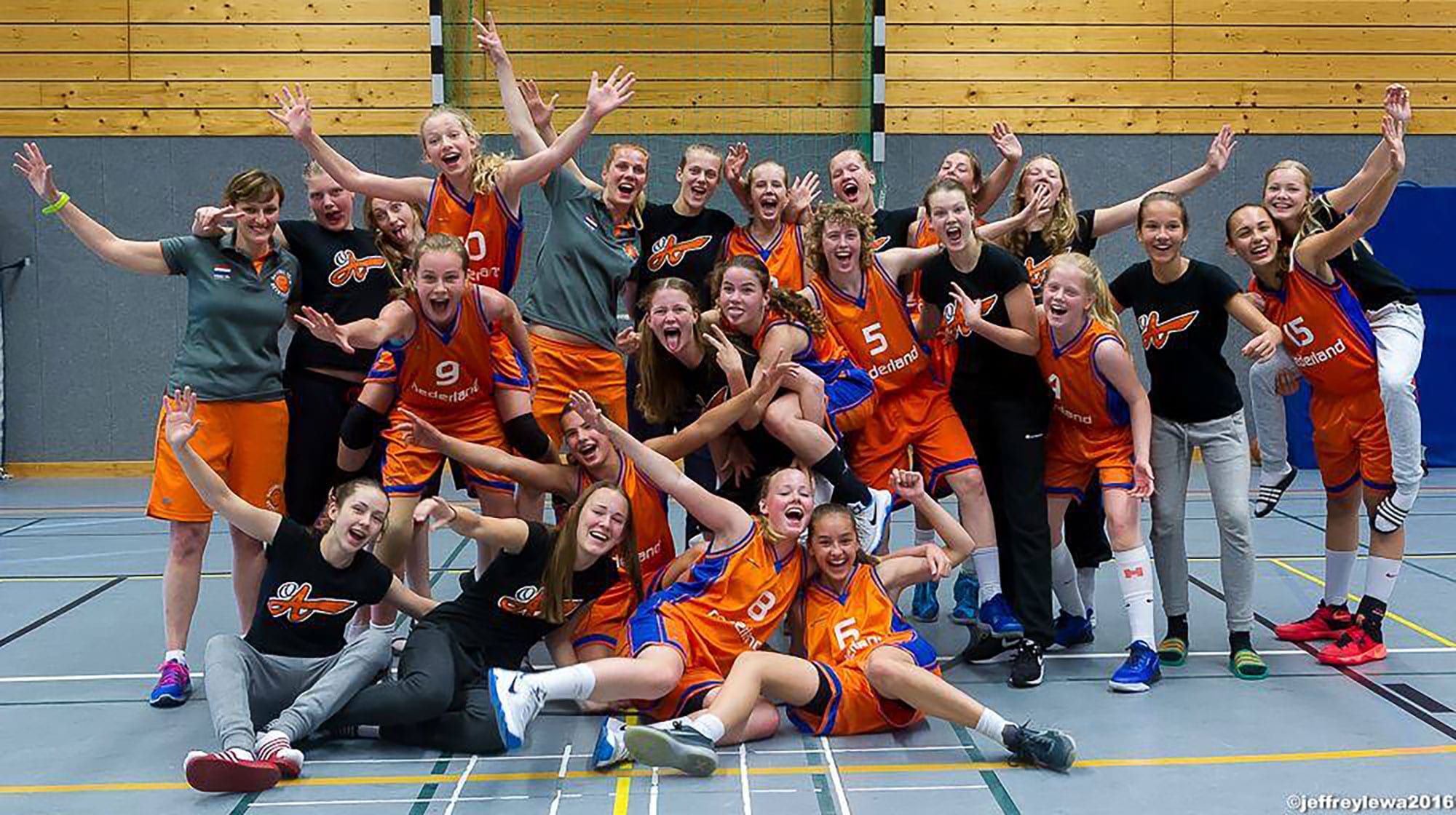 CTO Amsterdam participates since 2009 in the Dutch Basketball League. The organization’s aim is for young talents to grow and develop their basketball skills. A lot of players have made the step towards a career at a higher level in the past. Players like Emese Hof and Laura Cornelius made a move to the US to play for the Miami Hurricanes. Janis Ndiba went to Sweden where she just recently won a national championship, and Isabella Slim reached the Final Four of the NCAA college tournament.

CTO supported the under 20 national division during the 2016-2017 season. Before that, they always competed in the highest competition in the Netherlands: the Women Basketball League. In the upcoming years, CTO wants to play on the highest level. They selected Hakeem Salem as their coach for this project. A very experienced coach. The question now is: “What is the underlying thought of this project?” We asked one of their newest players: Sofie Bruintjes. Sofie played this season for the Basketball Academy of Zwolle and besides debuted for the Dutch national team under 14 last summer.

1. Why did you choose CTO Amsterdam?

I want to reach my full potential. CTO seemed like the perfect place for that. It has excellent accompaniment which means the practices are at a high level. Having this kind of training lets me work on my weak points like handling rough play. What I would love to learn is to play multiple positions, practice my shot and develop my ball handling skills.

2. What do you think that CTO can offer you and vice versa?

I think CTO can provide me with a lot when it comes to becoming a good basketball player. They have a lot of practice hours and mental strength training. It is important for me to be more resilient. I also expect that the coaches and players will help me with that.

Besides having a lot of energy and fun for the game, I am a hard worker and quick learner. I love having a nice ambience and conviviality in a team. Making sure a team has that is an essential component for success.

3. What will happen to you and your teammates now that CTO is changing?

Looking forward to next season, I think it will be tough to create a good bond while playing in a whole new team. Getting to know each other always takes a lot of time. If we are to trust one another, we need to have a good relationship as a team. I also need to get used to living on my own. There is also a chance that I will have to play on a different position which isn’t always that easy. The games will probably be hard in the beginning, but after a while, we will be able to handle all the changes as a team. CTO also draws a lot of attention in the basketball world. Not everybody is a real fan of the program. It is always hard to play for something that gets criticized. I just have to shake that of like in a game. If the team and coaches focus on each other and not the people around us, we will be able to make a huge impact and become a great team.

4. What do you need to do to perform successfully at CTO?

Keeping my passion for the game of basketball is the most important aspect for me. Only then I will be able to continue performing, even on bad days. Of course, I need to train hard, have a healthy diet, get enough rest and keep up with school. These key points will decide my success with CTO. The only down side is that I won’t be seeing my parents that much, but that is a sacrifice I need to make.

5. What do you hope the future will bring?

My dream is to become a professional basketball player. This means I would love to go to an American college. After that, I want to play in Europe and find a nice team there. I dream of becoming a star and play for the Dutch National team. One can only dream.