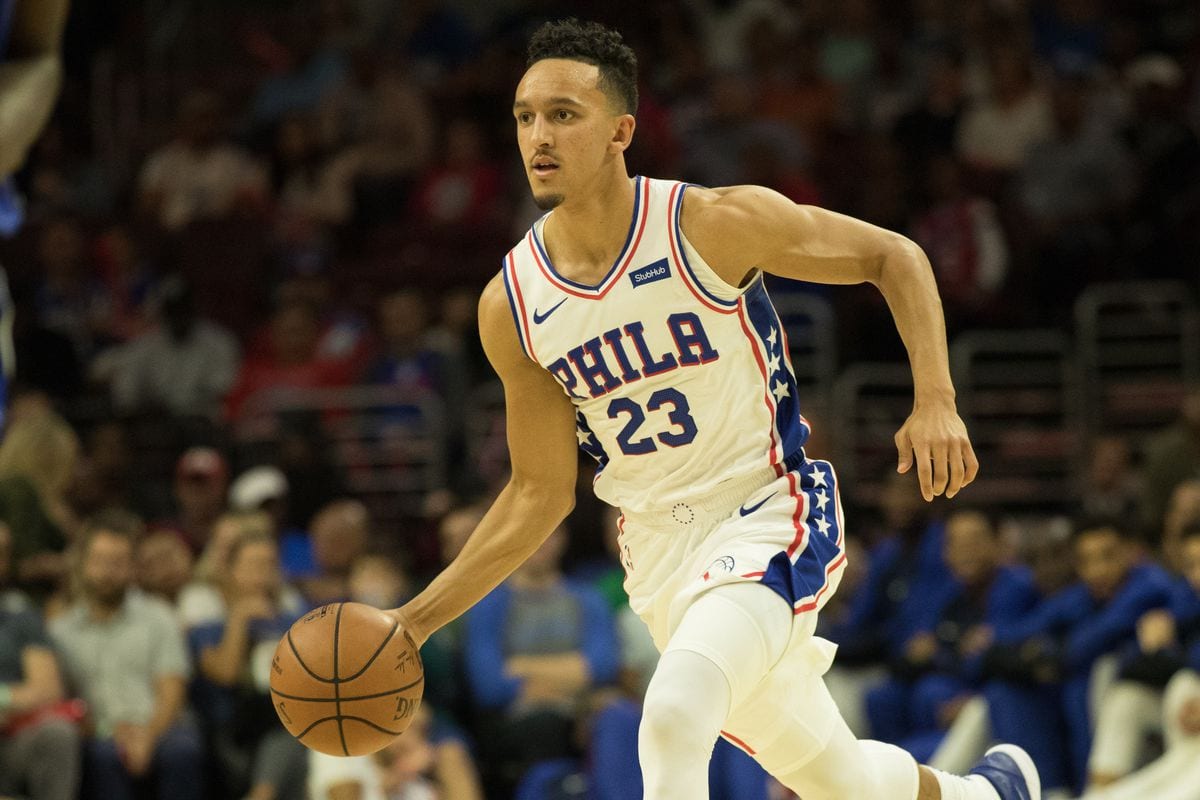 Though we’re only half way through the season, the top rookies are already almost set in stone. The Mavericks’ Luka Doncic has wowed everyone, and even the Kings (almost) said that they regretted not picking him. But, there can only be one no. 1 pick, and a lot of times the lower picks tend to surprise you.

Trier wasn’t a sure enough factor for the Knicks to be a draft pick, so they signed him to a two-way contract as an undrafted free agent just after the draft. Trier, who had been a very promising player since a young age, had no other choice than to prove he belonged on an NBA roster. And so he did. Trier was a consistent scorer in the minutes he was given, and when he neared the 45 days with the Knicks he was allowed as a two-way contract player, the Knicks had to make a move. On December 13th, the Knicks waived Ron Baker to make space on the roster for Trier.

Shamet was the 26th pick in the draft this year, but despite that, he has already proven to be an important player in the rotation of the 76ers. Where Furkan Korkmaz, the 76ers 26th pick in the 2016 draft, had to play garbage minutes and games in the G-League for about two years, Shamet got the chance to play with the big guys right away. Shamet decided to grab the opportunity immediately and show that he should have a spot in the rotation. After a couple of months, it’s visible that Shamet has been mentored by Redick, as he has shown the same flair for using screens.

Clark was signed to a two-way contract by the Rockets at the beginning of the season, and he has become an important part of the second unit. He lost his spot for a couple of games, when D’Antonio made Danuel House Jr. the back-up power forward, but House was released last week, giving Clark another chance as the back-up. D’Antoni has also made clear that he’s willing to give Clark time to adapt to the game. Furthermore, Clark is already well liked by his teammates, and Chris Paul even bought him a brand new car for his birthday.

Gilgeous-Alexander was the 11th pick in the draft, but he has worked himself into the starting line-up of the Clippers. Though he has had enough competition, and had some weaker games, he has managed to prove over and over again that he deserves the spot as the starting guard.

Though the wins might not show it, everything else shows that the Knicks’ rookies are the future. Trier was given a two-year contract, and Kevin Knox plays to prove that he could’ve been more than a 9th pick in the draft. In just a couple of months, Knox has shown he can be more aggressive on offense, and he has averaged close to 20 points, 6 rebounds and +30 minutes in the last 10 games. The Knicks are sure of his potential, and are willing to give him the minutes he needs to improve.