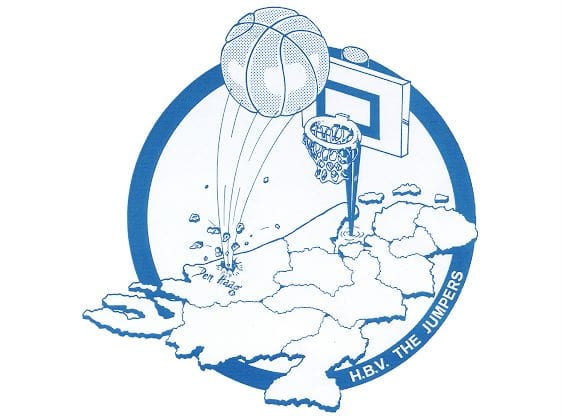 The Hague and surroundings counts a lot of basketball organizations. There is an organization that has been around for more than 55 years. In this article we will talk about HBV the Jumpers. Did you know that the Jumpers had some players that used to play in the Dutch Basketball League? And one of them is still playing in the DBL.

The history of the Jumpers

The chairman of the Jumpers is Ton de Gier. He knows a lot about the history of the Jumpers. “We started in 1962, so we have had a lot of history. Back then, we made use of weekly newspapers to promote our organization. Not to mention, we had a lot of volunteers, which is a concerned issue now-a-days. The Jumpers used to play at the highest league of the Netherlands. Around the 80s / 90s, the Jumpers was one of the biggest organizations in the Hague,” according to De Gier.

Family is what matters

De Gier has a vision in his mind about how the Jumpers can be a successful organization for the Hague and for its players. “We are an organization where everyone who can help and play basketball is more than 100% welcome. There is no limit. We have more than 25 different nationalities within the Jumpers. That triggers a lot of people to be here, because it feels like family. Race or religion doesn’t matter. Of you want to play here, create a family or feel like a Jumper, then you are one of us. That’s why we introduced a slogan: The Jumper’s Family.

To achieve something, a group of motivated people and money is very important. That is one of the reasons why the Jumpers made a lot of progression this year. “This year we had four teams that won the championships. It was a long time ago when some of our teams won the championship. We tried to set a solid fundament, because a few years ago we had some troubles within our organization. We didn’t have enough coaches or referees or volunteers. Right now we see a lot of progression with all those components, with is very important of course.”

As said, there are a lot of basketball organizations around the Hague. De Gier knows what to do to make the players stay at the Jumpers. “We have a lot of talented players. However, we are not the only organization in and around Den Haag. There are a lot of organizations that are interested in our talented players. What we try to do to keep our players is that they feel welcome here, create a family feeling here and that we put energy to make them better in the court. If we succeed in that, then I don’t see any reason our players would leave the Jumpers.”

The Jumpers in combination with the Dutch Basketball League

The Jumpers made a lot of progression the last few years. They still have the ambition to be a more stabilized organization, so keep an eye on them and feel free to pay a visit!