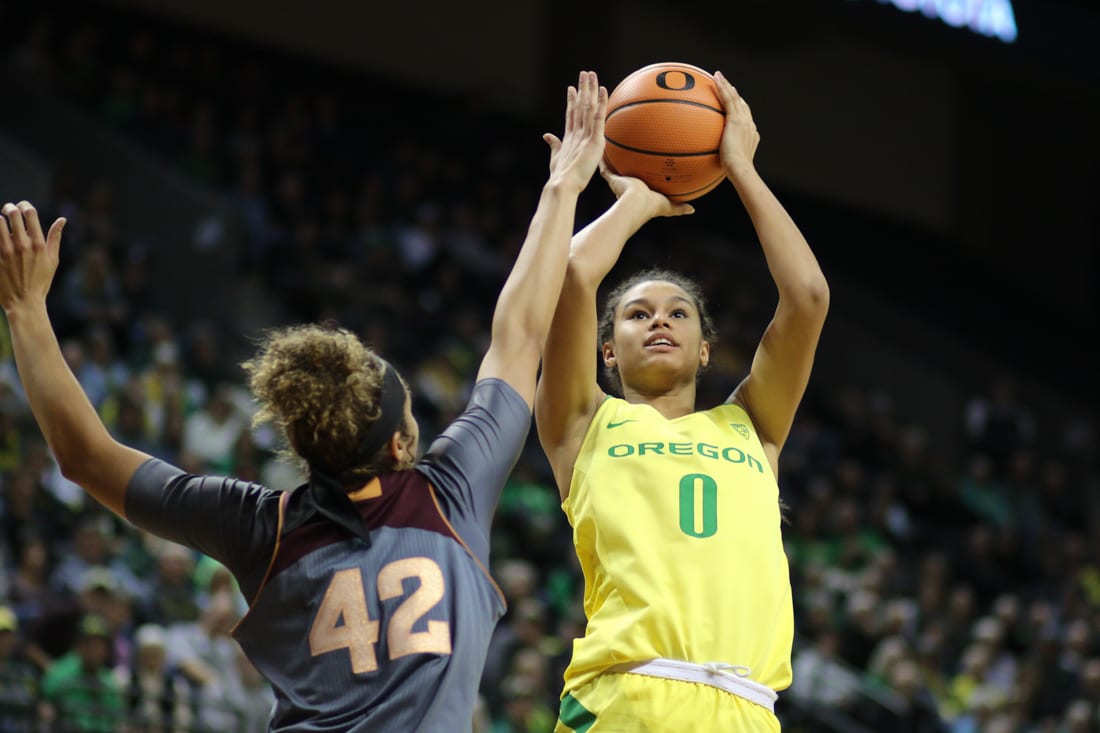 As happens every year, a lot of talented players have graduated college or made the step to the WNBA. Though it’s hard to say goodbye to player who have made huge contributions to the team, it’s always great if the next talented players get the chance to show and improve their skills in the upcoming season.The following players have a chance to have their breakout year at the college level this year.

The Fighting Irish won the NCAA Championship this year after a last second shot in the Finals by Arike Ogunbowale. Ogunbowale will definitely be the player to watch on the team as she was very convincing during the entire NCAA Tournament. She decided not one, but two games in the last few seconds, and both games were against two of the best teams in the country, UConn and Mississippi State.This earned her the honor as being chosen as the NCAA Tournament’s Most Outstanding Player.

She will enter her senior year with the Fighting Irish and they’ll have to prove they can achieve this level of play once again. Ogunbowale has already proven she’s a clutch player, but she’s definitely more than that. she was already averaging 21 points per game before the tournament, proved to be a great shooter and has the aggressiveness that can turn a game around. This season, she’ll have the chance to step up her game even more and force her place on the WNBA’s radar.

Sabally will enter her second year with the Oregon Ducks and many people have already predicted this is going to be her breakout year in college basketball. Her first season was quite successful as she was already a standout player and she averaged 10.7 points, which was the most of every freshman in the Pac-12.

Sabally adapted to the game very quickly after making the step from Europe to college basketball in the United States. This season will be quite interesting to watch on two aspects, as she will get a lot more chances to prove her qualities on the court and improve her game even more. Besides that, the Oregon Ducks have also signed Sabally’s sister, Nyara, to the team and she’ll join the program for the upcoming season. The sisters are close, so they’ll probably have a great connection on the court which will definitely help the Ducks along the way.

Though DeCosta will be a freshman with the Lady Bears this season, there are already a lot of expectations about what she can add to their game. She already committed to Baylor back in October, even though she was a top five high school prospect. In the end, it was no surprise that she committed to Baylor so early in the season, as they had been recruiting her for five years. Therefore, DeCosta will definitely not be an unknown factor on the team, but the Lady Bears will have an exact plan in mind what DeCosta can and will bring to the team.

She is a very athletic and acrobatic player, and she has already proven that she can hold her own on the international (youth) level, as DeCosta has been part of several youth USA teams, won medals and was even named the MVP at a 3×3 Tournament.

Williams was the No. 1 high school prospect this year, but she was also one of the last top 50 players of 2018 who committed to a team. She also already has a lot of experience with the youth USA Basketball teams, and was named the 2018 Naismith, Gatorade, WBCA and MaxPreps National Player of the Year, so she definitely earned her spot as the No. 1 high school prospects.

She will get a lot of opportunities with the Huskies next season, as three important players left the team, and that means that new players will have to step up to lead the team throughout the season. Williams will now have to show she can adapt her game to the college level. If she does, and does it quickly, she’ll definitely be a huge part of the team this season.