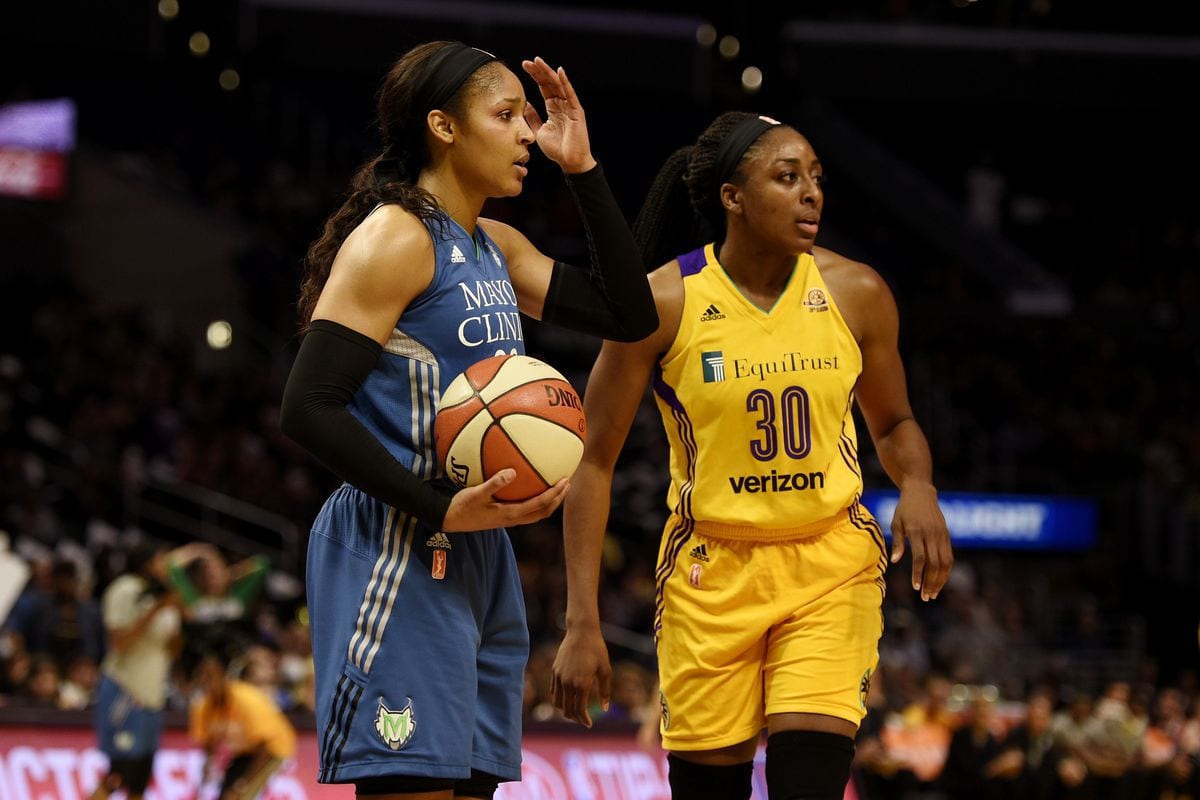 While most NBA fans might still be talking about the Cleveland Cavaliers against the Golden State Warriors, it’s time to focus on the WNBA’s best rivalry: the Los Angeles Sparks and the Minnesota Lynx.

This rivalry started back in 2016, when the two teams met in the Finals, and has continued up until now. In both 2016 and 2017, the teams needed a Game 5 to decide who would bring home the championship. In 2016, the Sparks won it all because of a last second buzzer beater by Nneka Ogwumike, who was also that years’ MVP. The following years, the teams met in the Finals again, and this time, the Lynx were able to win Game 5. Maya Moore secured the win in the last seconds of the game.

It’s no surprise that the games are so close, as both team are filled with star power. Combined, the two teams have four MVPs (Sylvia Fowles, Maya Moore, Candace Parker and Nneka Ogwumike) and fourteen All-Stars. Some things have changed for both teams in the offseason. The Sparks signed several new players, among which Cappie Pondexter, a veteran in the WNBA, and they drafted the Russian player Maria Vadeeva. She was a late first round pick, but still a very promising European player, who could be of great use in the team. Vadeeva played for Dynamo Kursk, where she was already a teammate of Ogwumike. Furthermore, both of the Sparks’ MVPs, Parker and Ogwumike decided to return to the league

The Lynx on the other hand, was lucky to keep their powerful starting five intact, and the least experienced player in this line-up in Moore, who is currently going into her eighth WNBA season. Furthermore, they signed Tanisha Wright, Lynetta Kizer and Danielle Robinson, while three players left the team: Natasha Howard, Jia Perkins and Plenette Pierson.  Lindsay Whalen took a job as the head coach of the University of Minnesota women’s basketball, while continuing to play in the WNBA, so the Lynx will have to see if she needs some time adjusting to her new job. If they manage to win another championship this year, they would be the first team that manages to do that since the Sparks in 2001 and 2002.

This year, both teams have the chance to prove which of them has the upper hand in this rivalry. Though the season is still young, the Lynx and Sparks have already shown that it will be an exciting battle, as their first game of the new season was a rematch of the Finals. And not surprising anyone, it was a close game yet again. In the last seconds of the game, Chelsea Gray secured the win for the Sparks by making a tough lay-up, 77-76. That means its 1-0 for the Sparks.

Who Has Won the Most NBA Draft Lottery Picks