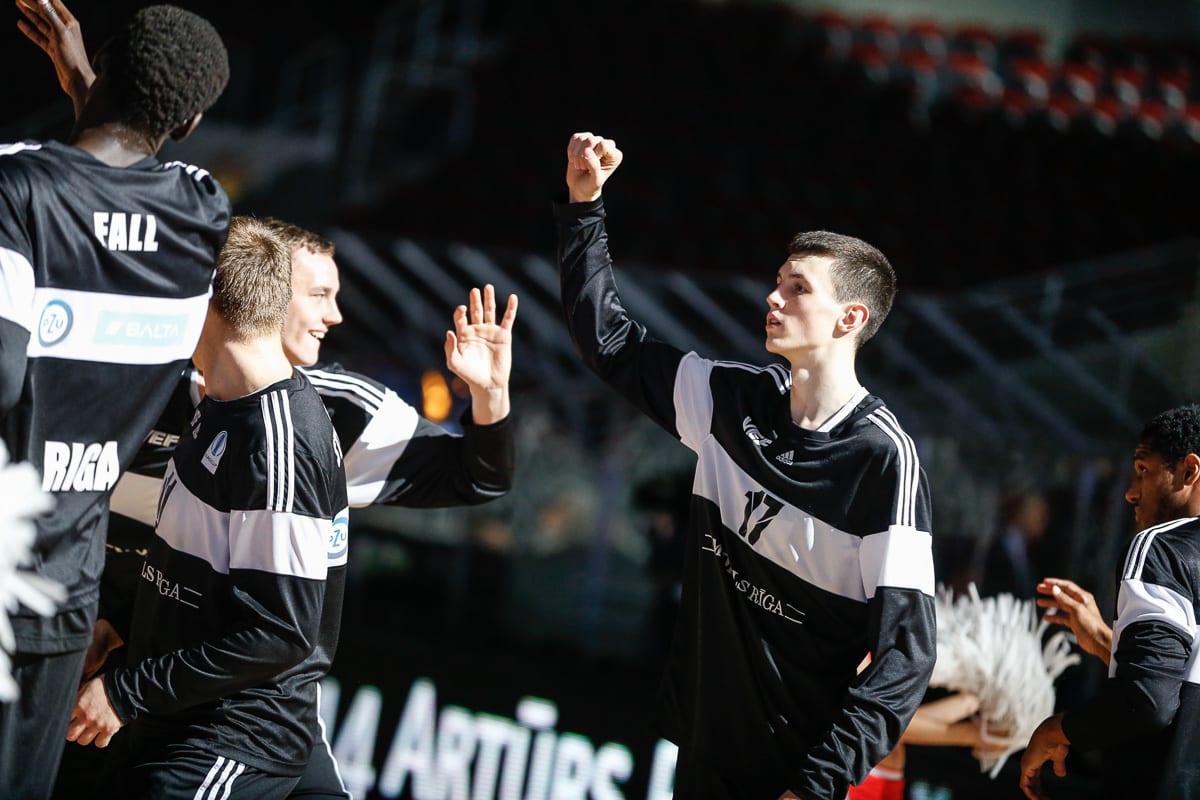 The NBA draft will be held on June 22, 2017. Point guard Markelle Fultz, born in Upper Marlboro in Maryland, will probably be the top pick. But which European players are locks in round 1.

The 2018 prospects can be found here.

Most draft boards regard Finnish 7 footer Lauri Markkanen as a sure top 10 pick. Markkanen was a freshman at Arizona last season. He is still young but has great potential. Good shooter, three-point range, impressive mobility for a player his size. Top scorer in FIBA U20 European Championship in 2016.

Frank Ntilikina (pronounced nee-lee-KEE-nah), France, will probably be chosen just after the first ten picks, although some see him as a top 10 pick. Elite size for a point guard, great quickness, strong. Born in Belgium, but raised in France. Named French League Best Young Player in 2015/2016. Young, 18 years old. He will be a project. Plays for Strasbourg in Pro A, the French League and the French national team.

Small forward Rodions Kurucs is from Latvia and is projected to go between picks 15 and 25. He is a scorer and has a nice touch around the rim. Kurucs has skills that will translate to the NBA level. But he is said to be injury prone. Signed a contract with Barcelona in 2015. Might be drafted but should stay in Europe to become stronger. He does not play a lot in the Spanish League.

German player Isaiah Hartenstein was once seen as a prospect that could go in the top half of the lottery, but his stock is a bit falling due to injuries. He could be a first rounders or drop to the second. Big, strong rebounder. Solid athlete and can play above the rim. Played for Zalgiris last season.

These are the best European prospects for 2017. But NBA scouts can’t wait for the 2018 draft when Slovenian sensation Luka Doncic will be available. He has shown a remarkable amount of pro moves in his first season at Real Madrid. At 6-7 he can do it all: shoot, pass, drive, combined with a superb court vision. A joy to watch on the court. He even had 11 assists this season in the Euroleague against Unics Kazan. He is the 2018 NBA Draft’s best prospect. Real Madrid secured his rights when he was 12 years old.