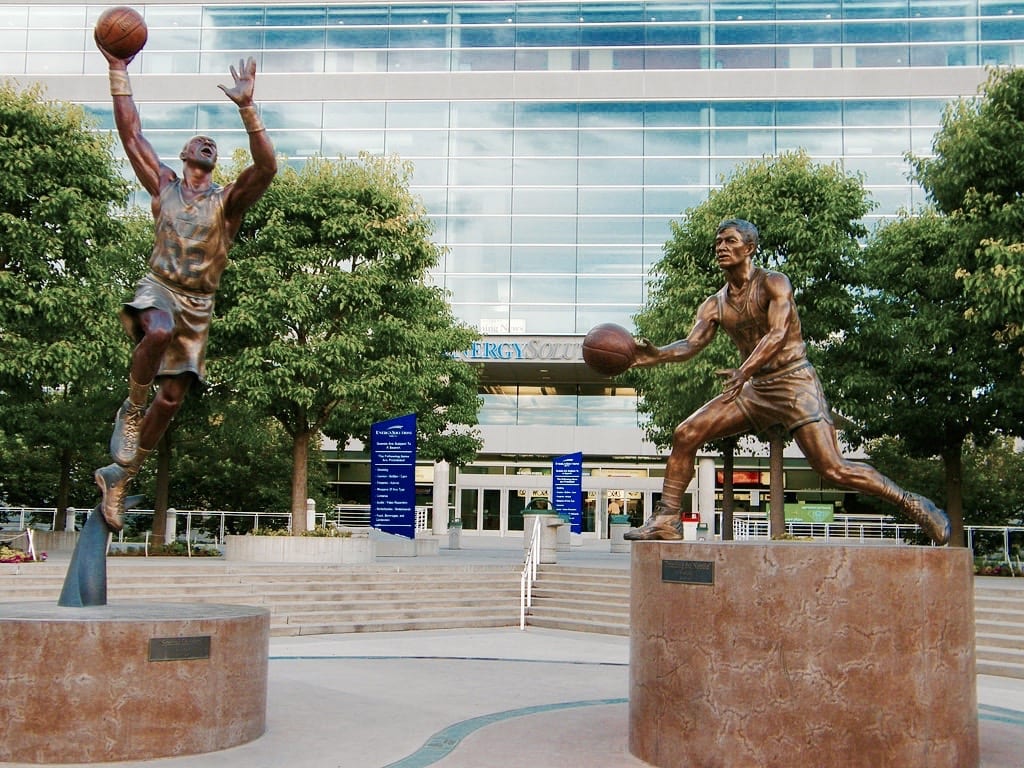 Having a statue made after you is one of the biggest honors any athlete can receive. These five basketball legends have given their everything to the game and rose to the top with hard work, dedication, talent, and heart, which will forever be commemorated in bronze. 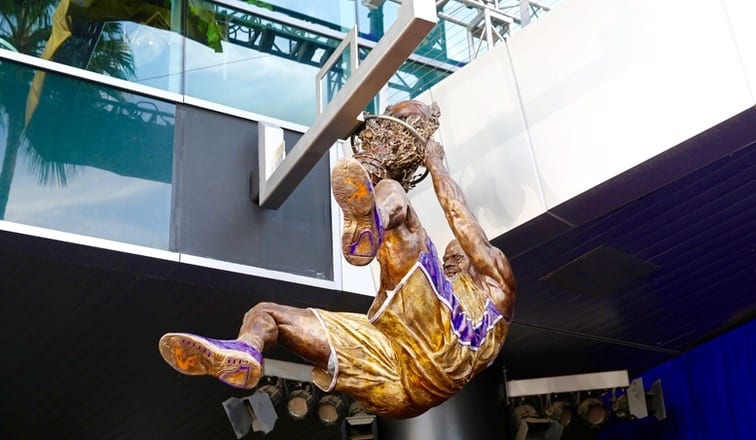 Throughout his 19-year NBA Career, Shaquille O’Neal has played for six different teams, but his most commemorable moments will always be during his time with the Los Angels Lakers. Therefore, it’s no surprise that his statue is dedicated to those days. Shaq took the Lakers to NBA glory 3 consecutive years in a row and earned himself a lifesized statue out of Staples Center. 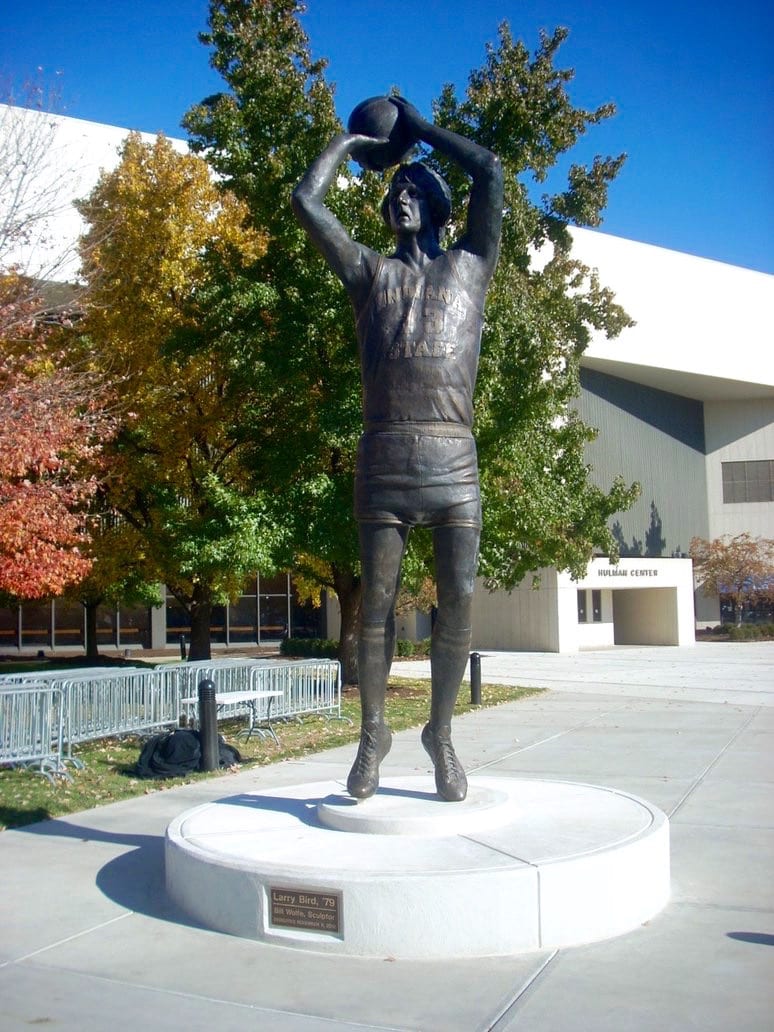 At 17 feet, basketball legend, Larry Bird’s statue is one of the biggest out there, but then again we’re talking about one of the greatest shooters in NBA history. Throughout his 13-year career with the Boston Celtics, Bird became 3-time NBA Champion, 3-time NBA MVP, and a 12-time NBA All-Star. Larry was honored with his statue by the Indiana State University and is located just outside Hulman Center. 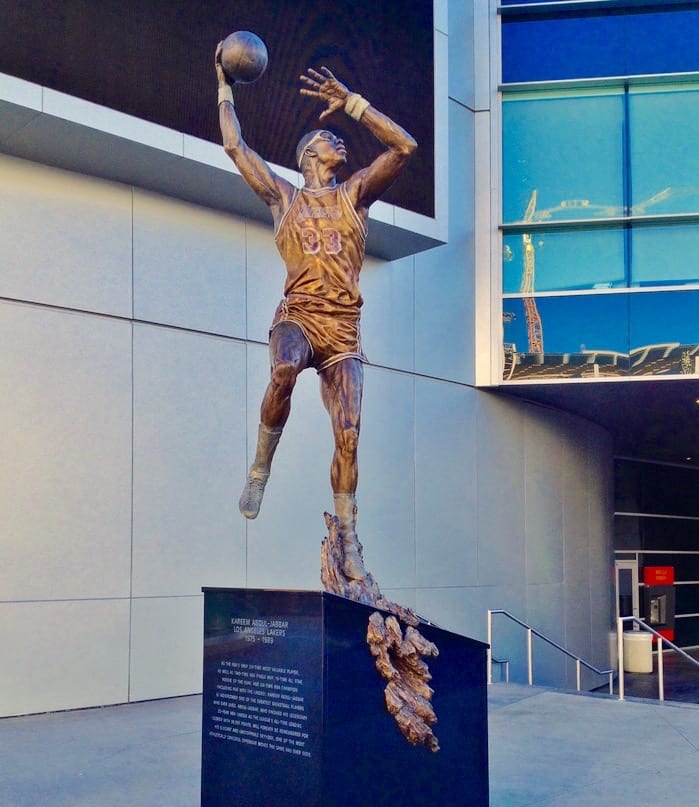 Another Laker and one of the most beloved players in basketball that couldn’t be left of our list is none other than, Kareem Abdul-Jabbar. During his glorious 200-year career “The Captain” became a 6-time NBA MVP (the most in NBA history), 6-time NBA Champion, and 19-time NBA All-Star. He is the all-time scoring leader with 38,387 points and his trademark skyhook shot will always be commemorated in bronze outside of Staples Center. 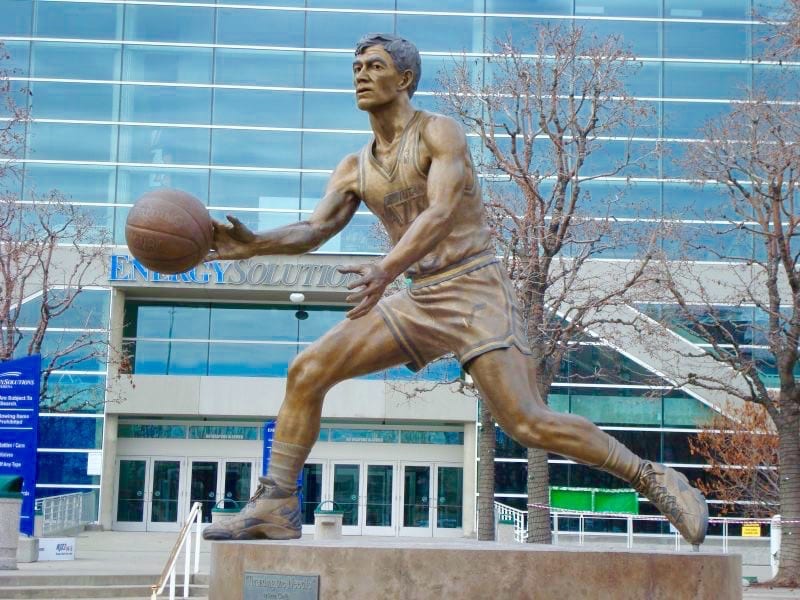 NBA Legend, John Houston Stockton dedicated his entire 20-year NBA to Utah Jazz as their Point-Guard.  He was one of the strongest passers in the game and averaged a career double-double with 13.1 points and 10.5 assists per game. He holds the record of most career assists with a total score of 15,806. John’s 8-feet tall bronze figure stands at the Delta Center in Salt Lake City. A suitable way for the Utah Jazz to celebrate John for the invaluable addition he made to the organization. Out of all the statues, Wilt Chamberlain’s is definitely the most dynamic. The NBA legend is embodied not once but twice! The statue emulates movement with an effect created by fragments of his face and arms as he makes a shot. The detail is impeccable and a true work of art, much like Chamberlain’s  15-year career. For most of which he played for the Philadelphia Seventy-Sixers. Wilt holds numerous NBA records such as a season average of 22.9 rebounds per game, 50.4 points per game and setting the NBA record 100 points in a single game and so on. The statue is located at the Wells Fargo Center in Philidelphia where he will forever be commemorated as one of the biggest athletes to ever walk on the basketball court.