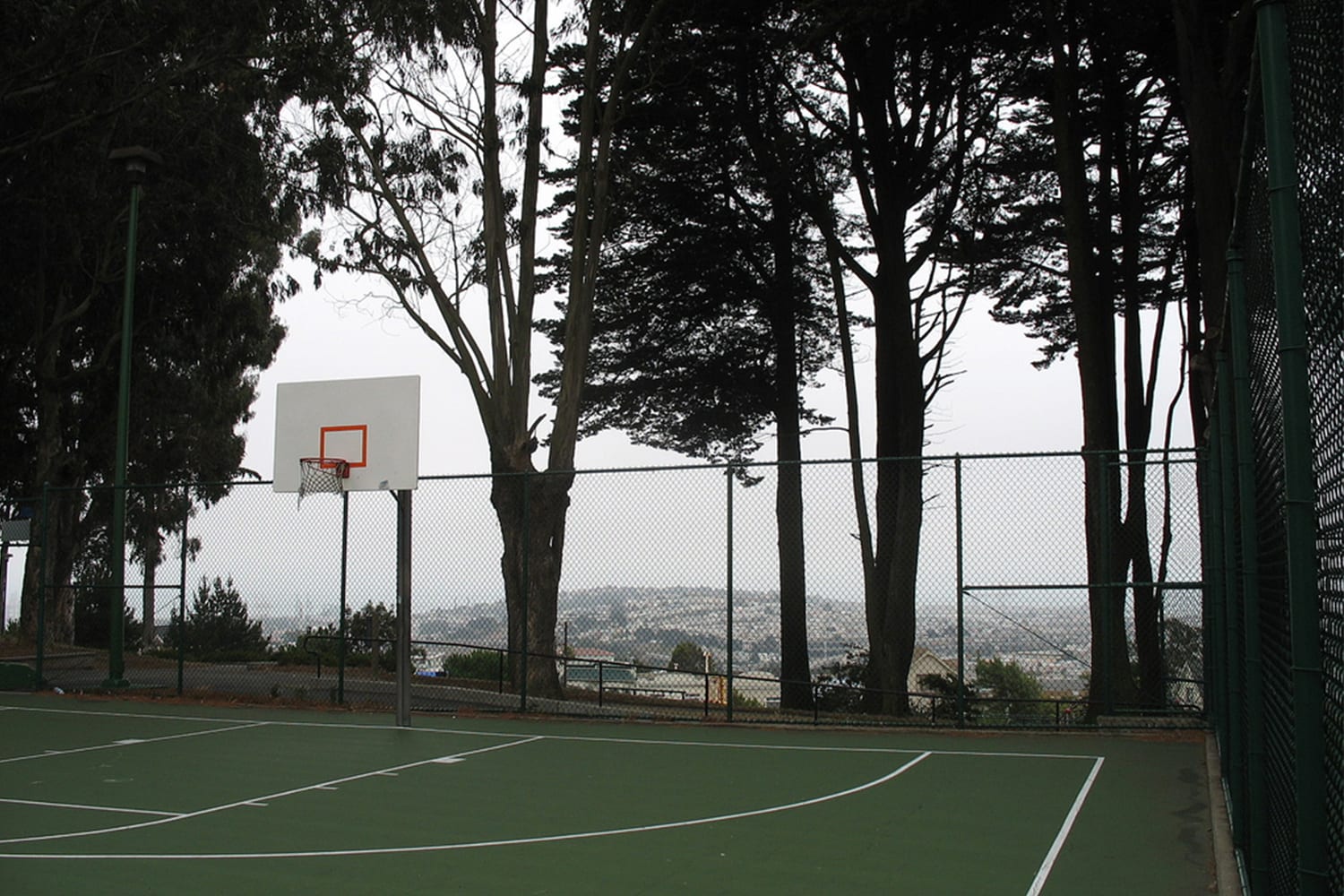 The old city of the Golden State Warriors, San Francisco is our next stop for the Top 5 courts. The last two years the Warriors are playing a really good game. So we visited their old city for the best places to play a game these days.

There is a lot of playgrounds at Mission Bay Creek Park. One full court and two half courts. During the week there are a lot of pick up games. But in the weekend afternoons, the games are the best to watch and play.

During the daytime, you can spot a lot of young talent at the Excelsior playground. The walls of the court are colourfull with great graffiti paintings. At midnight there is a place for an older crowd of players. The playground has two courts so there is space enough to play a game.

In this tiny public park, you will have a breathtaking view while playing a game. The tall trees that surround the park serve as a protective windbreak.

Panhandle Park has a lot of playing space. With different half and full courts. Besides all the space, the court is known for his character active and interesting mix of players that come there during the day.

This two court playground is never crowded, so most of the time the courts are available. The playground is good reachable by car and public transport.