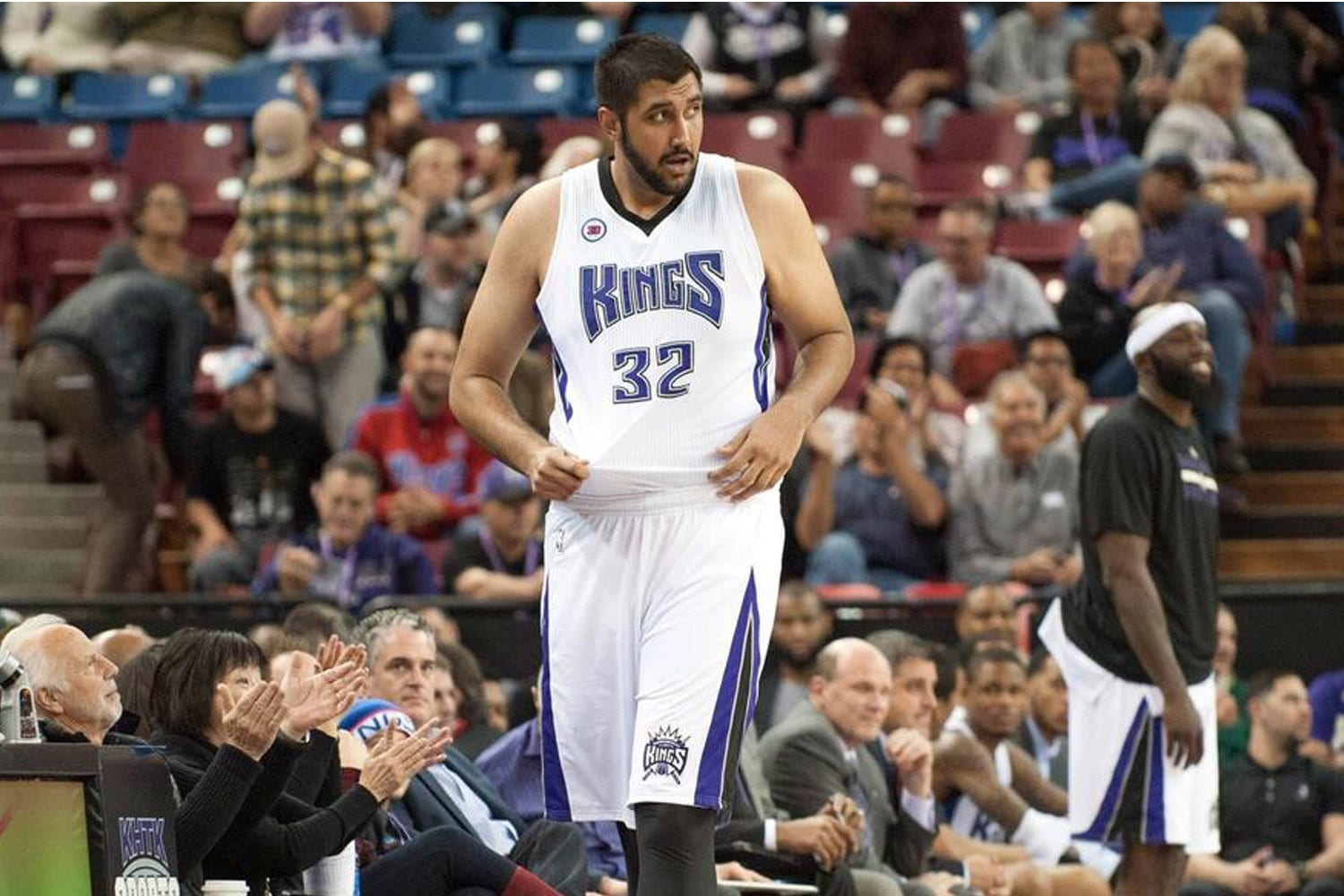 Basketball is known for having tall players on the court. Even though some players seem kind of small, the average length in the NBA is 2.00 meter. But who are the tallest players that have ever played in the NBA?

Bhullar is tied with Chuck Nevitt, Pavel Podkolzin and Slavko Vraneš for the fifth spot on this list. He was the first NBA player of Indian descent to ever play in the NBA, when he made his debut in the last 16 seconds of a game. His NBA career unfortunately only lasted three games, and his 10-day contract was not renewed. Since 2016, Bhullar has been playing in Taiwan.

Yao Ming is the only tall player on this list to ever be voted an All-Star. During his career, he made the All-Star team eight times. Unfortunately, he was very injury prone, which caused him to miss 250 games in his last six seasons. In 2016, he was inducted into the Naismith Memorial Basketball Hall of Fame.

His nickname during his basketball career was ‘the Stormin’ Mormon’, as he is a devout Mormon. He led the NBA in blocks per game in 1997 and total blocks in 2001.

All About the Coach – John Wooden

Bol is the second tallest player to ever play in the NBA. A fun fact is that he played together with the smallest player to ever play in the NBA, Muggsy Bogues. There was a 71 cm height difference between the two players. During his NBA career, he played for four different teams. His shotblocking abilities were outstanding, as he is second all-time in NBA history of average shots blocked per game, but the rest of his skill were fairly weak.

He is the same height as Manute Bol, who is the second tallest player on the list. But, he is officially ¼ inch, which is about 6,35mm, taller than Bol. In 2007, when he was no longer part of the NBA, he played a game for the Maryland Nighthawks, this is the only game in his professional career where he was not the tallest man on the court. In that game, Sun Mingming was the tallest player at 2.36m. Today, Mureșan is the tallest man in Romania and in the entire European Union.

One on One with Ralf de Pagter