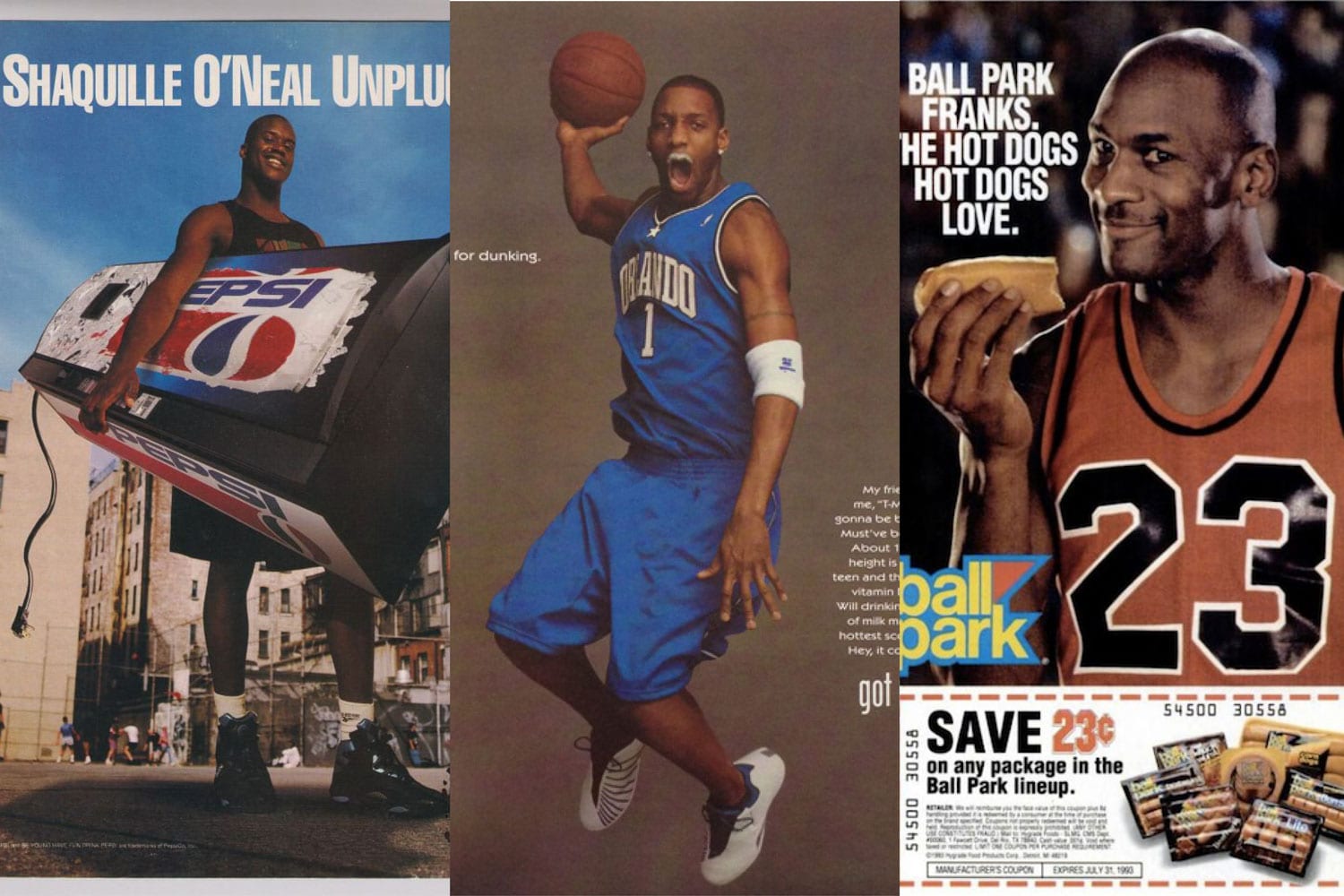 These days all aspiring NBA stars dream of their own sneaker deal with their favorite sportswear brands in the hope to become as iconic as their heroes. These heroes, however, didn’t make their start earning millions with their signature kicks, but needed tons of sponsors and endorsement deals in order to support their NBA careers. There’s a countless string of hilarious ad campaigns featuring some of our top basketball icons and we selected some of our favorites! 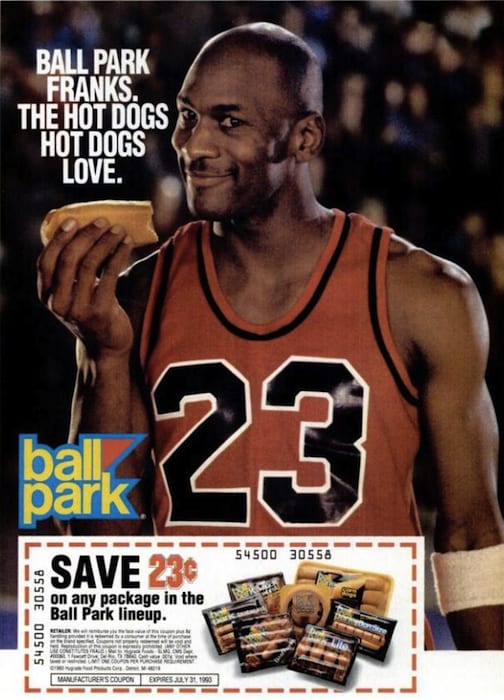 I probably don’t have to explain the irony of a professional athlete promoting junk food, but even His Airness needed to do silly ads in order to promote himself. Hot dogs by Ball Park were all the rage during the eighties and nineties and were mostly popularized by baseball untill NBA legend, Micheal Jordan became the new face of the brand in 1993. The promotion even featured a 23 cent discount as a reference to Jordan’s jersey number. 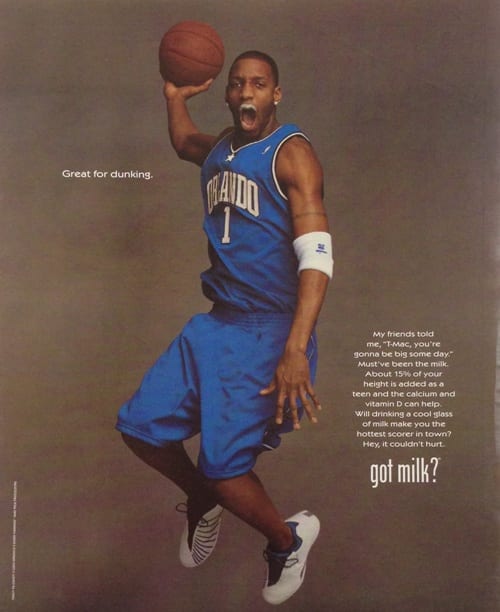 Got milk was an American advertising campaign encouraging the consumption of milk. The campaign became massive and countless celebrities promoted their milk mustaches including NBA icon, Tracy McGrady. The slogan “Great for dunking” was a funny pun referencing the famous basketball move and dunking a delicious cookie in a glass of milk. McGrady’s specific poster included a fun little anecdote in which he stated he owned his success to the nutrients found in milk. 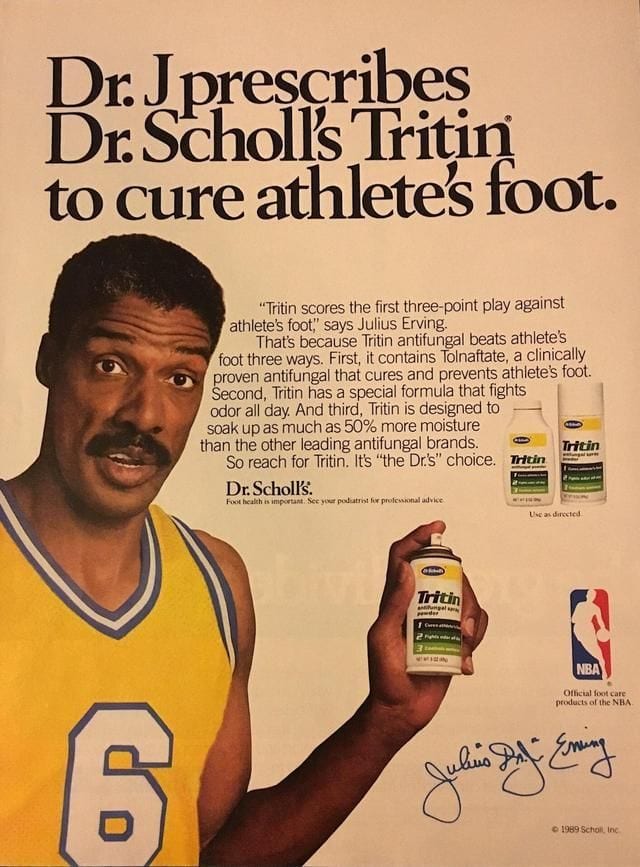 NBA legend, Julius Erving received the nickname “Dr. J” pretty early into his basketball career. While the exact origin of how he got the name are unclear, it’s believed that a chilhood friend began calling him that because Erving had dubbed him “Professor.” The doctor angle became a running gag within Erving’s many endorsements and eventually even landed him an endorsement deal for a medical product. Dr. Scholl’s Tritin for athletes foot in 1989. 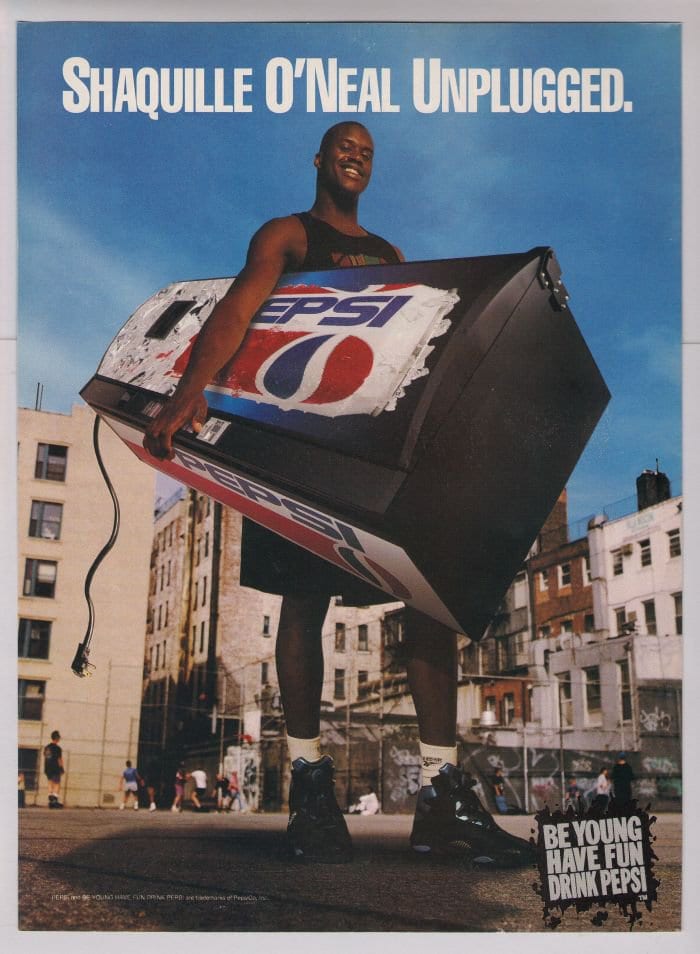 At 7 ft 1 NBA legend, Shaquille O’Neal was considered one of the biggest and badest players out there. Therefor it’s no surprise that most of his ad campaigns centered around his height or strength. For his 1994 Pepsi Cola campaign Shag showed off his strength by “carrying” a Pepsi vending machine onto the basketball court, encouraging kids to be young have fun and most importantly drink Pepsi.

Earvin “Magic” Johnson’s Feelin’ 7 up is probably the most catchy campaign on the list. Whether it was the little show tune, “Feelin’ 7up, I’m feelin’ 7up!” or Johnson’s enthusiasm, Feelin 7 up became a massive hit. The campaign consisted of both print advertising as well as a hilarious video clip in which Johnson plays basketball with a bunch of city kids and once they get thirsty he uses his “magic” to turn a basketball into a can of 7 Up.