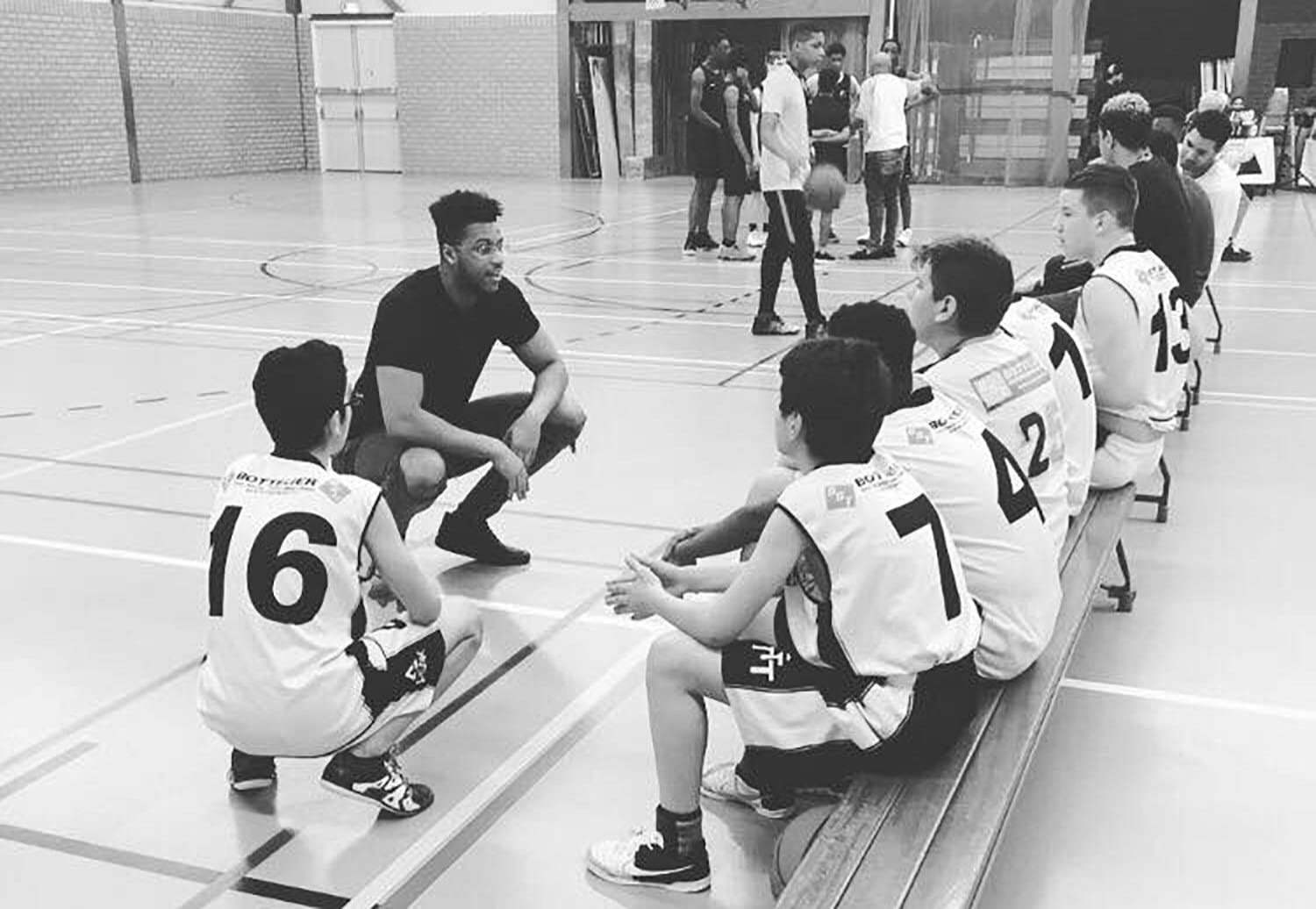 Haarlem used to be a place where basketball was a big thing. Between 1968 and 1978 Haarlem played basketball at the highest level (back then, named Flamingo’s), became the national champion four times, won the NBB Cup four times, and won the Lew Lake-tournament three times. Theoretically, when you say Flamingo’s most people know you mean basketball in Haarlem. It was a long time ago, but isn’t there any organization left in the city? Yes, there is, because BC Triple Threat wants to make basketball as big as it once was. Philip Schemmekes, a player of Triple Threat and a coach to multiple youth teams, explained what Triple Threat is all about.

Originated of a foundation

BC Triple Threat wants to stimulate a family feeling within their club, and that their members can experience the full potential of the game of basketball. “When you hear the name BC Triple Threat, the first thing people should think about is love. Pure love for the game. Every staff member works really hard to make that happen. Developing young players is our first priority. We even have an under 6 team, which will start with playing games to create team chemistry. The ‘under 8 and under 10’ will learn every technical aspect of the game of basketball. So once you joined ‘the under 14 team’, you already have a lot of in-game experience. Right now, we’re still enrolling this concept within our club, so it is hard to measure the success. Nevertheless, we are sure that this concept will stimulate progress, for both our players as our club.”

BC Triple Threat likes nothing better than to help younger people develop themselves. According to Schemmekes, Triple Threat has a development culture. “It is a great basketball culture we have created in Haarlem. All our players want to make each other better and learn from each other. We also have the Buddy Concept, where we team up older members with our younger members. It’s like having a big brother, who helps you grow. Those buddies will watch the games of their ‘younger brother’, who will receive feedback and advice from their older brother. They also have a Whatsapp group where they share photos and information. “I am really proud of that concept and the fact that we created a family culture within the organization. You have to realize, not everyone has a mom, dad, brother or dog. We can offer our member a nice warm family feeling and I think it’s great!”

A great ambiance with a lot of people making noise and clapping. That is what Triple Threat really wants, but a cheerleader group is also an addition to the club. Recently, Triple Threat started a partnership with dance group T.W.O. Dance. “They wanted to help us bring basketball back and that’s why we have this cheerleader group during our home games. They compete at different kind of dance events and are also good at street dance. For those who want to learn more about them, you can find more information on their Facebook page T.W.O. Dance. Like and follow them!”

Not so long ago the Triple Threat foundation opened their 2.0 store. There, you can buy the merchandise Triple Threat offers, to their members and fans. But for Schemmekes it is more than just a store. “What I really like is that our 2.0 store helps the community in Haarlem. We want to trigger younger people to organize all kinds of activities. There is a group called the Next Generation. They organize FIFA tournaments or they help other kids with their homework. You have to see it like a headquarter for younger people. With all these methods we hope to help the younger generation. This is also a good way to get more members in our organization. With that, basketball and community go hand in hand in Haarlem.”

Return to the highest league in the Netherlands

Triple Threat must join the Dutch Basketball League in order to gain the same kind of popularity basketball had in the seventies. That is exactly what they are planning to do. “Our goal is to join the Dutch Basketball League within five years, or precisely, that’s my dream. Haarlem is a city where basketball lives, because this sport has always been here and never left. But the most important thing is that we need financial help and a fantastic accommodation to play in, though there are meetings with people who want to help us achieve our goal. Our mission is to reach the top and win the championship, that will never change. But that is not everything. It would be fantastic if the development and progress of all our younger players can be a factor for making a lot of progression for the whole organization. Besides, I am absolutely sure that we can deliver a lot of talented players for the Orange Lions and Orange Angels. In regards to our accommodation, it would be amazing to play in our own Triple Threat accommodation!”

The fact is that basketball games in the highest league will attract more visitors. If Haarlem wants to return in the Dutch Basketball League, how will they manage to get more of visitors? “I am absolutely sure that when visitors are coming to our games, it will feel like a second home.”

It’s great to see that this basketball organization helps the community and the community helps the organization. It would be great to see the results of the effort Triple Threat does to stimulate younger people. It’s not a surprise that a lot of people are curious about where Triple Threat is within ten years. If Philip Schemmekes has something to say about it, it’s going to be big!

NBA Friday at his best