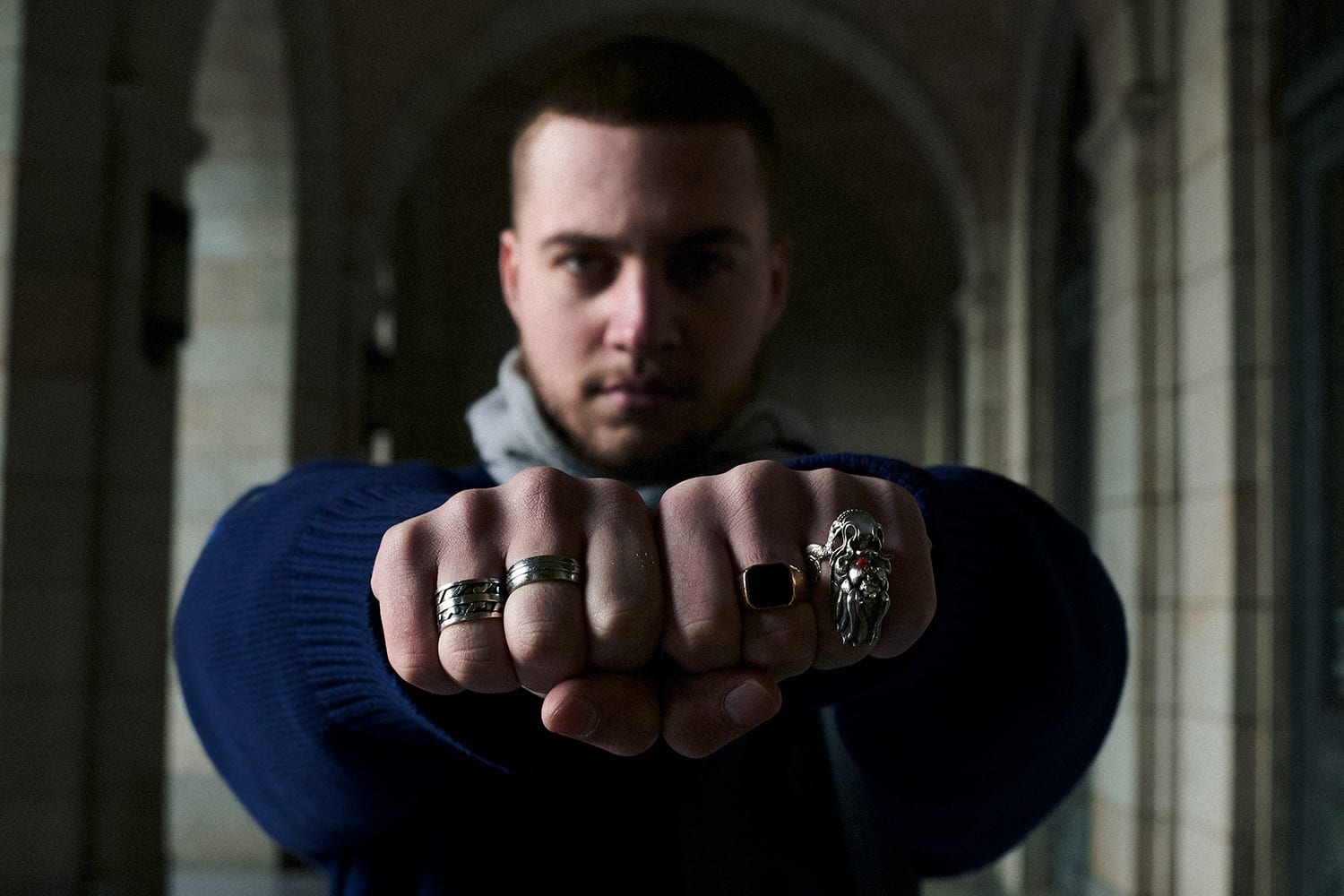 Meet Asiah, who has been making music since he was 12 years old. Always grabbing a toy guitar and starting to have his own jam sessions. When his mother noticed that, she decided to get him a real guitar. He took lessons for half a year, and his passion for making music started to blossom.

What makes me different from the rest is that I do everything by myself, I make the beats, I mix my own stuff, I write my own songs, I sing. I think there’s no one out there that is doing what I am doing and I think because of that what I do is so very pure because it is me. I represent myself and am trying to give the world a taste of me.

Soulsearch was all about finding myself, so for me that meant finding my sound. Every song was very different, but as a total it was about losing and finding myself in music. Getting to know what I want, what I have to do or what feels good or bad.

I don’t see this as a why question. I see making music as a person that is always pulling me to them. There is no why, it is in my nature to do it. I make music because it feels good and it is a part of me. But if I had to answer that question i could give you a few reasons why I love to do what I do. It is not the average job so you make your own ours and own rules, I love the creative freedom it gives me, the things I make are mine, it is pure and when something is made and put out in the world it is something that stays there and does not disappear, it will always sees to exist. To make music, that took me years of practice. Blood, sweat and tears is what we call it in the Netherlands. I had to find out everything myself, and nowadays that is possible with internet. If I wanted to find anything, I could go to Youtube and look up a tutorial on the subject.

I would describe my music as alternative R&B. The elements I use are singer songwriter and Trap. I try to make something different, that isn’t out there yet.

“Inspiration! Where do I find inspiration…”

Life! everything or anything in life! There isn’t a certain thing that gives me my inspiration, as I said it can come from anything. Everything has a role in my relationship to music. It could be anything, from people I meet, to nature or a movie I watched.

Yes that’s a tricky one, I try to spend nothing at all, not on clothing or going out to eat. Not doing fun stuff that has a price. Basically, I don”t spend my money at all. I make my money doing what I love, making music. I make beats for people that pay me to do that. I also get money for the number of times people listen to my music. It is not much but I can make it work

I am super grateful to have fans, it gives me a great feeling and a whole lot of inspiration and power to go on with what I am doing

I have a few, but if I had to choose one that would be “Being loved and being rich at the same time”. Both of those thing mean the same but on the other hand they don’t at all. What you often see is rich people that are very lonely and poor people are often rich by having family and friends around them. I want both of that, that is what I strive for

“To what music do I listen?”

At the moment, the person I listen to most, is myself. I listen to tracks I that aren’t released yet, I think that self-reflection is very important and also because I am always looking for options to make them perfect so I can release those songs.

Furthermore, I listen to the whole “OVO Sound”. For example, I am talking about Party Next Door, Roy Woods, Majid Jordan, Yo Trane and Jhené Aiko.

“Do I have any contact with other stars in the Netherlands or record labels?”

I am talking to a Record Label that goes by the name Warner Bros. I can’t tell anything about that yet, I hope we can make great things happen together. For the people that don’t know, Warner Bros is one of the most known record labels in the world. They have signed artists like Majid Jordan, Mac Miller, Green Day, Roy Woods, Red Hot Chili Peppers And even Prince.

The dream is to have a gigantic house in LA, a huge apartment in New York and to tour all over the world, while singing my songs to millions of fans, Maybe even winning a Grammy. Yeah, all of that doesn’t sound to bad. But I do it all to take care of my family. My mom took care of me and I want to return that favor. I want to provide for my family and loved ones, that is also the reason why I always worked so hard, to get to the point where I can provide for all those people!

I went to LA Last year by myself to get inspired and also to find myself. On that trip I found out “what I want, who I am and where I have to be”, so that was a great thing for me as a person. What is the craziest thing that happened while I was in LA? So I was actually backpacking all over LA and I got to know someone where I could stay for a couple of days. So eventually, we got there and it was a house that was worth about 2.5 million. But that was not the most crazy about this story. So what happened is that I woke up in the morning and I found out that the house where I was staying was used to shoot pornography in. That was definitely the craziest thing I got to see on my trip in LA.