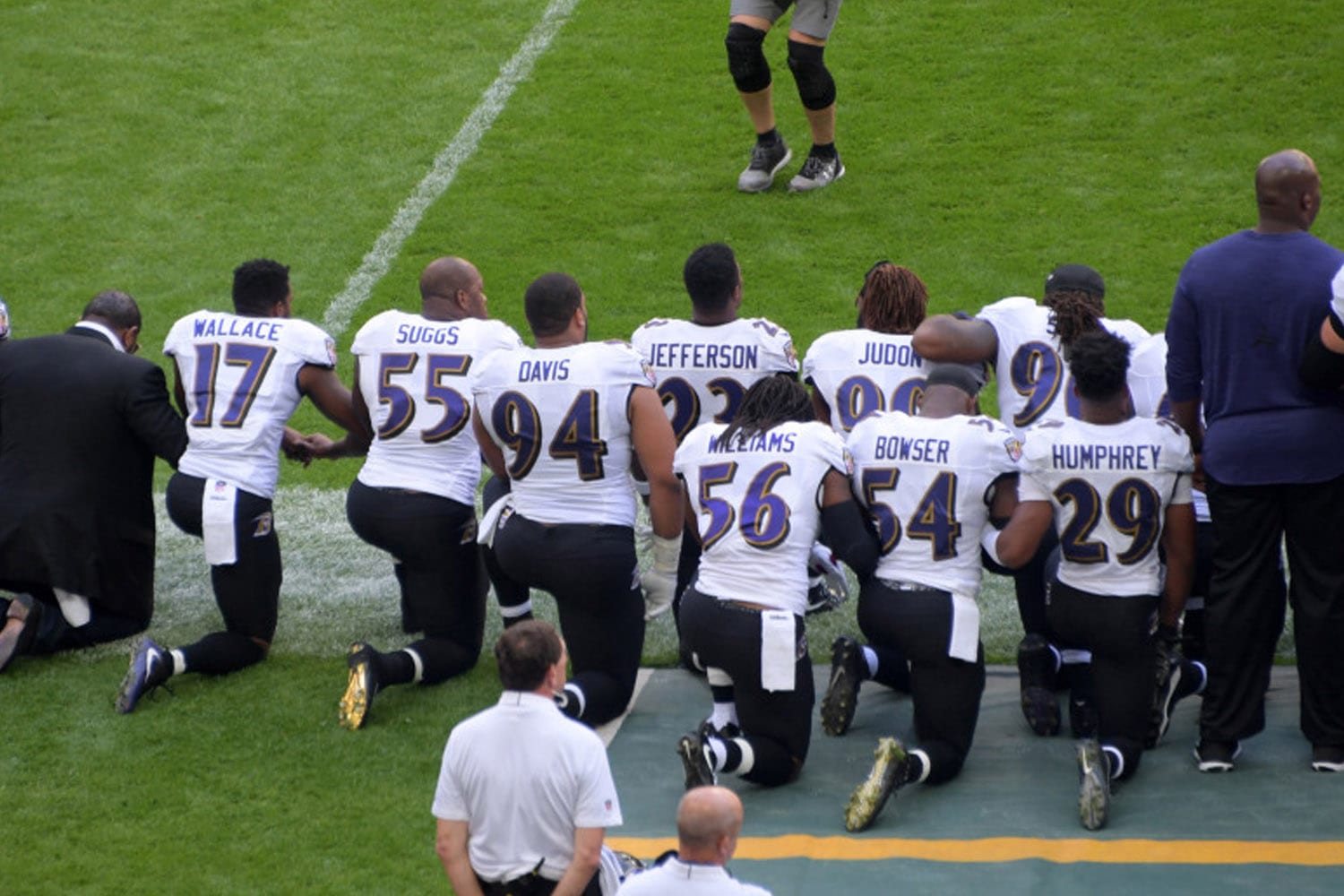 This weekend, there were a lot of new problems for the President of the United States, Donald Trump, next to his usual problems: North Korea, Puerto Rico or Obamacare. This time Trump collided with America’s favorite pastime: professional sports. Not only did he decide the Golden State Warriors would not be visiting the White House after their Championship this year when some star players criticized some of his decisions, he also ventured his displeasure last weekend when he noticed NFL-players kneeled on the field during the national anthem.

Trump reacted via a tweet: “if NFL fans refuse to go to games until players stop disrespecting our Flag & Country, you will see change take place fast. Fire or suspend!”. Trump wanted to make clear that he thought that taking a knee during the anthem, has to mean that players should be suspended or even fired.

The problems started last Friday, when Steph Curry made clear that he did not want to visit the White House, and that he would vote against the visit when it would be time for the team to make a decision. The next day, Donald Trump rescinded his invitation for the entire team, because as he said “going to the White House is considered a great honor for a championship team. Stephen Curry is hesitating, therefore (the) invitation is withdrawn”. This is the first time that a President has uninvited a team.

At the same time, the UNC Tar Heels men’s team, the NCAA Div. I Champions of this year are not visiting Trump either, because they could not find a date that worked for all of them. They did clarify in a statement that their cancellation did not have anything to do with politics, but this could not have come at a worse time for President Trump.

Of course, it is not the first time that basketball players or teams do not visit the White House. Most famous is the fact that Michael Jordan missed his visit back in 1991, because he wanted to play golf instead of meeting George W. Bush. Larry Bird didn’t go in 1984 after his Celtics won the title, but his reasons were unspecified. He later told a reporter that the president knew where to find him. He missed that Reagan mispronounced the names of several Celtics greats, Tom Heinsohn, John Havlicek and Dave Cowens.

But, this year it is the first time that a team is not going due to political reason. And it may not be the last.