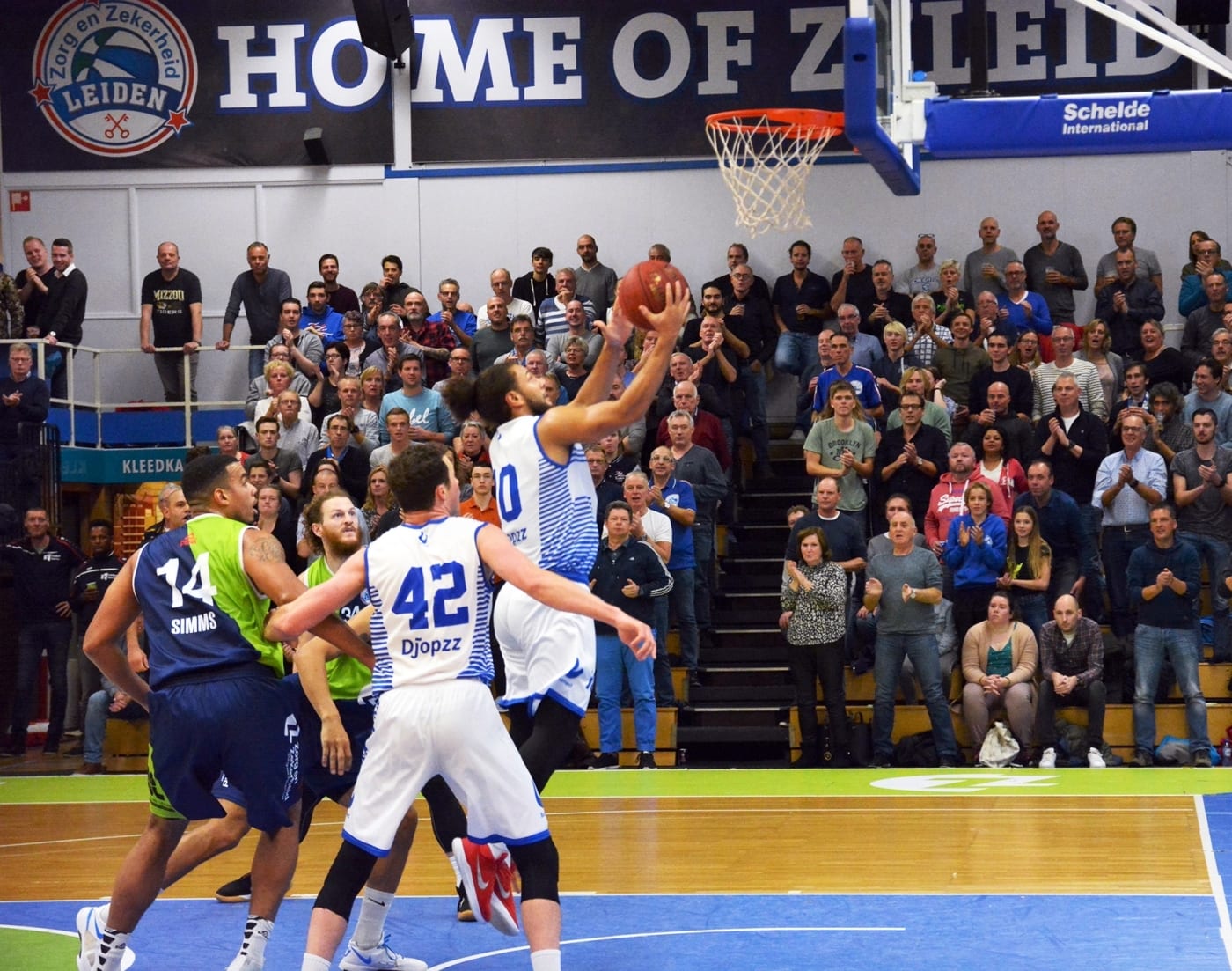 The Dutch Basketball League is well underway, and though some teams have played more games than others, the first differences can be seen in the standings. Of course, every team tries to do its best to win as much games as possible, but some players have managed to stand out a bit more than others. We’ve selected one player per team that stood out from the rest.

Landstede is having a great start to the season, as they’ve won eight out of eight games to start the season, and Kajami-Keane has been a very important factor in those wins. Kajami-Keane secured the win for Landstede in their last game against Leiden, when he stole a pass in the last seconds that could’ve tied the game.

Gipson is 38-years old and he is still playing an important role on the team. His actions might not always be visible on the stat sheet, but that doesn’t make him any less important. This year, he’s even moved into the starting line-up.

Van Oostrum had something to prove when he signed with Den Bosch over the summer. A torn ACL had sidelined him for over a year, and he needed a good team to return to action. Den Bosch was just the place for him, where he could find his rhythm again, but also play at a high level in the Europe Cup. Van Oostrum has definitely already shown flashes of his old self, as he managed to get 19 assists in a game against Aris, is a good scorer, but also isn’t afraid to get rebounds or steals.

The newest team in the DBL put together a good team for their first season, and they’ve definitely earned the fourth place. Coleman has shown that he’s a great addition to the team. Last week, the Dutch Windmills had a close game against Aris, and Coleman ensured that the Windmills would win the game, as he took over with two minutes left in the game. He ended up with 30 points, 13 rebounds, 8 assists and 3 steals.

Thompson has been successful in both the DBL and the Europe Cup for Leiden. He even was the first player in the Europe Cup this season that scored more than 30 points. Especially in the small rotation that Leiden was forced to play with, Thompson proved that he could play a lot of minutes, while keeping up the intensity and stay effective for the entire game.

So far, Kinney has had some good games in the shirt of Aris. Though they eventually lost the game against Rotterdam, Kinney did play an important role to keep the game close as long as possible. That game, he ended up with 28 points and 13 rebounds. Kinney has also been very important in the wins against Apollo, BAL and Den Helder. In the first win of the season against the Suns, Kinney was the player that started the 20-point comeback in the second half, and that eventually led to the win.

Van Vliet has been very effective in his first season as a professional player so far. He’s proven to be a scoring players, as he has already scored 38 and 36 points in a game. Even when his shots aren’t falling, the rookie has managed to make a difference for his team in a different way, just by grabbing rebounds or steals.

Rotterdam has been on a roll as of late, as they’ve now won three games in a row, and Justin Gordon has been a crucial part of that. He’s taken on a lot of the scoring for the team, and has already gotten several double-doubles this season. If the team can do the same against higher ranked teams, they can have a good season.

Amsterdam has only won one game so far, their first game of the season against BAL, but Berend Weijs has played a couple of strong games for the team. Even though Donar beat Apollo quite easily this weekend, Weijs managed to play a good game, and impress the opponents with some good actions.

Washington was one of the new additions for BAL this off season and he has quickly grown in his role with BAL. He has proven to be a great scorer as well as a good rebounder, and has led his team in both categories several times. Unfortunately, BAL has yet to win a game, though they came close against Leeuwarden and Den Helder. Washington and his team will have another important game on the 22th against Amsterdam, where they might be able to secure their first win of the season.