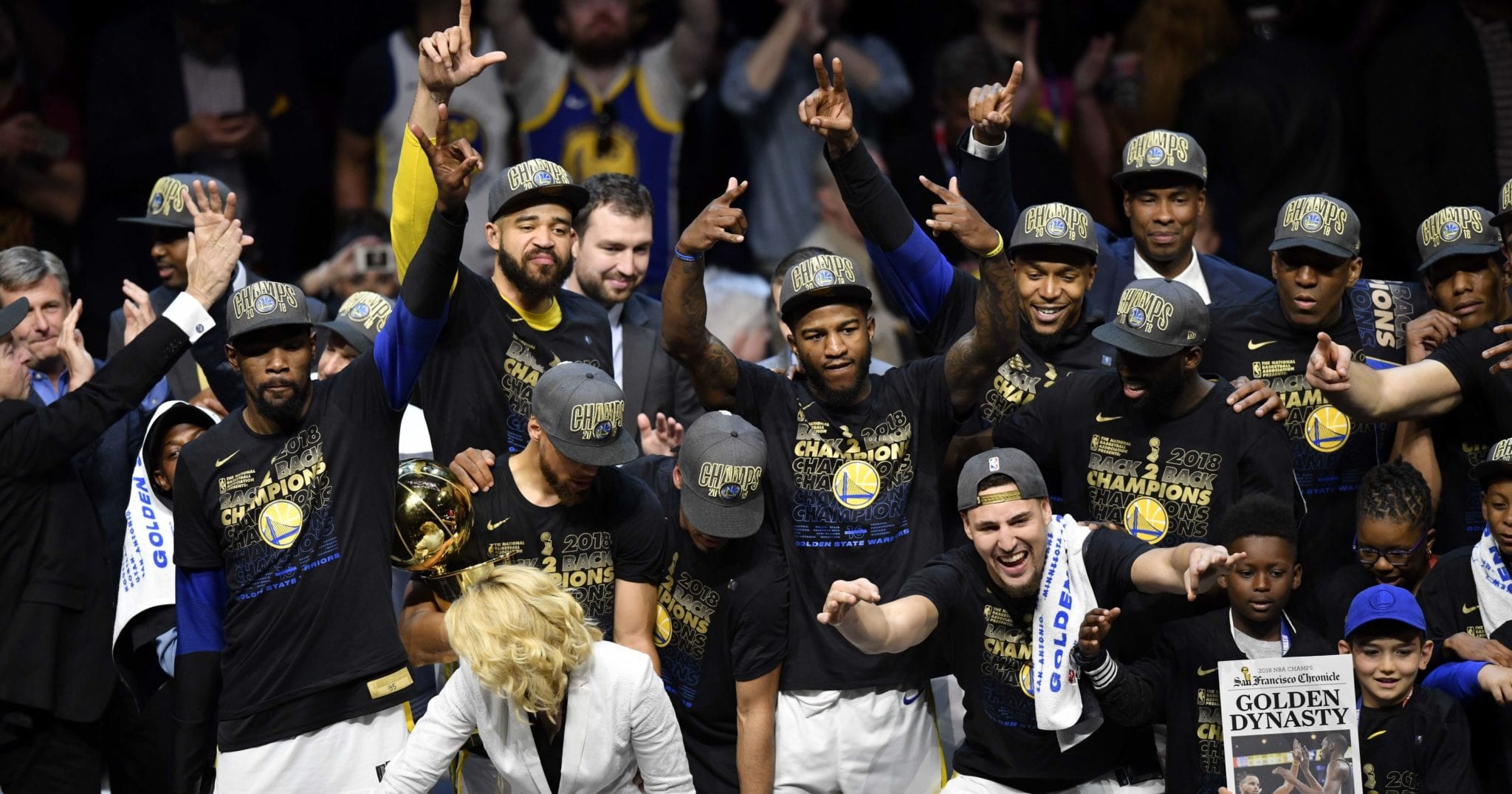 If you look at the new starting five of the Warriors as a member of one of the other 29 teams in the league, you’re bound to be at least a bit intimidated. Who wouldn’t be if their entire starting line-up now consists of All-Stars, and they’ve already made it to the Finals four times in a row?

Of course, not all hope is lost for the other teams, as the Houston Rockets almost managed to beat the Warriors in the Western Conference Finals. However, the question remains what teams can step up their game and beat the Warriors. These teams, if they play it right, have the chance to do so.

Last year, LeBron James carried the Cavaliers to the Finals, so he should be able to bring the Lakers to at least the playoffs. This year, LeBron is in the same conference as the Warriors, so he doesn’t have to make it all the way to the Finals to face off against Golden State.

The 2018 Finals showed that LeBron can’t beat Golden State on his own, but this time, his LA teammates will have his back. There are a lot of talented players on the team, like Kuzma, Ingram and Ball, who can be of great value as they develop themselves throughout the season.

The Celtics already had a great run last year, when they lost 4-3 in the Eastern Conference Finals to the Cavaliers, and they did all of that without two of their strongest players, Kyrie Irving and Gordon Hayward. This shows how much potential the young core of the Celtics has, and that can only get better in the upcoming season.

This means that Boston doesn’t only have a powerful starting five to go against the Warriors, but they also have a lot of great players on the bench, who can step in at any time. The Celtics team can make it quite difficult for the Warriors.

The last few years, the Raptors were great in the regular season, but had nothing extra left in the tank for the playoffs. Now, with the addition of Kawhi Leonard, the Raptors might just have that little extra they need to beat a well-oiled team like the Warriors. Leonard has been the Defensive Player of the Year twice, so he can give the Raptors that extra spark they need on defense.

No one expected that the 76ers would make it to the playoffs last year, but they did and even won their first playoffs series in six years. Furthermore, most of the players made their playoff debut.

Now, the young core of the 76ers will have to prove this wasn’t a fluke and that they will have improved by the time the 2019 playoffs arrive. Of course, we’ve already seen a lot of improvement in Fultz’s shot during the pre-season, and Simmons has made it clear he has worked on his outside shot as well. That can be two deciding factors when they face the Warriors.

The Rockets would’ve probably beaten the Warriors last time in the playoffs, if only Chris Paul could’ve played in the last games of the series. But he didn’t, so they lost. So, this year they’ll have to work even harder to achieve what they couldn’t do last year. The Rockets still have a good team, though we still have to see what Anthony’s role will be, so they definitely have a chance to beat the Warriors’ super team. And nothing is more dangerous than a team that feels wronged.