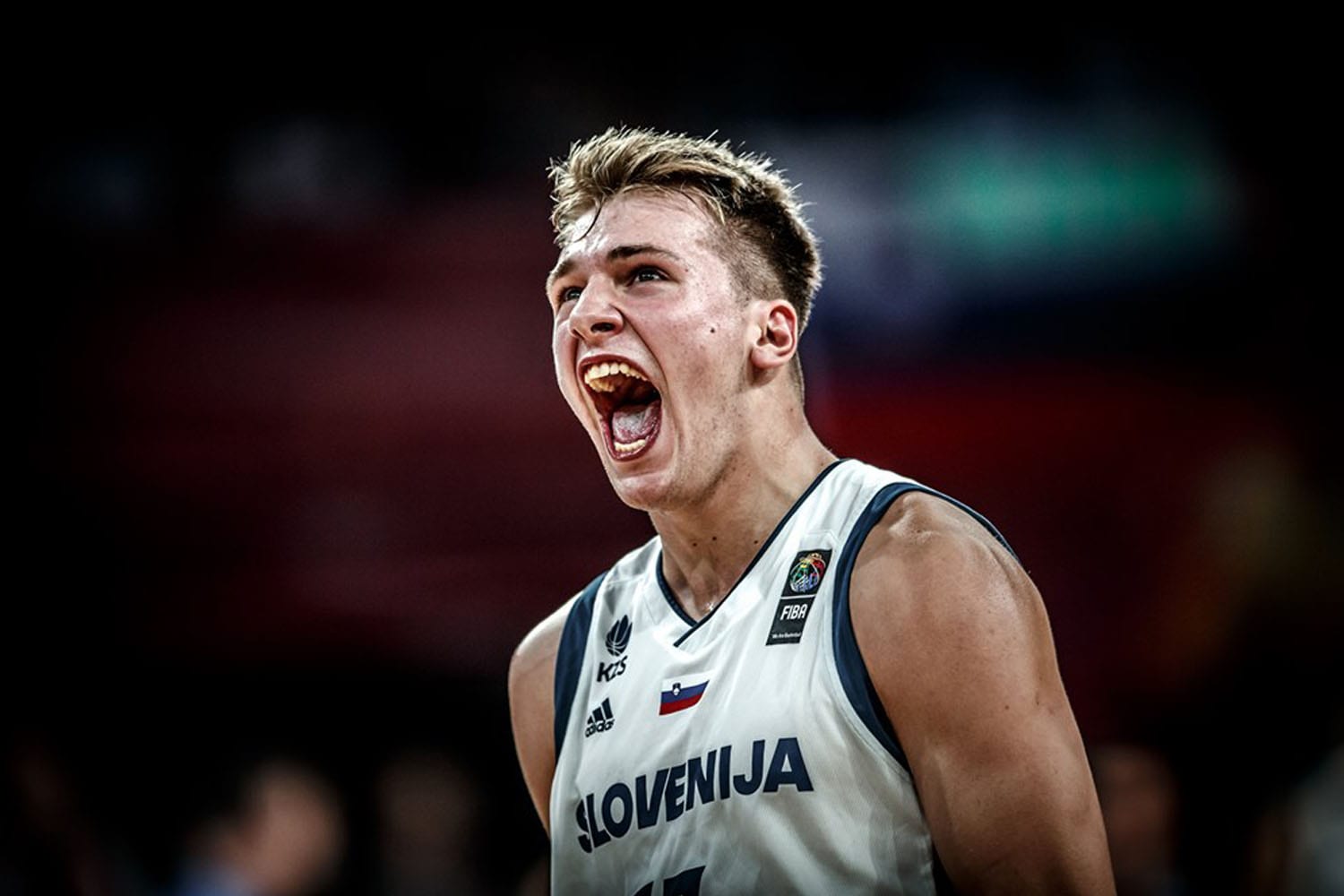 Before yesterday’s game, Slovenia – Latvia, it could be called the clash of the future superstars of the NBA, Kristaps Porzingis and Luka Dončić. It turned out to be not only that, but also to be THE game of the tournament. It was exciting, it was a close game, there was a great comeback by Latvia led by Porzingis, and overall the whole game could be seen as one long highlight reel. In the end, the best team, Slovenia, won (103-97), after the Dragon, Goran Dragić, sealed the game for Slovenia with a fantastic floater.

Porzingis ended up with 34 points, and several actions that will find their way to a highlight reel, but only one player can be the best. The 18-year-old Luka Dončić was a real showstopper, not only in this game, but in the whole tournament. It does not seem to matter how close a game is, or the amount of pressure that surrounds him, he does not look to be rattled, stays calm and makes the right decisions, even if that choice is a very difficult threepointer.

Dončić is one of the most promising European players and he is still only 18 years old. This cannot really be seen as a surprise, as he was the youngest player to make his debut for Real Madrid, when he was 16 years, 2 months and two days old. There are only two players that made their debut in the Spanish League at a younger age, Ricky Rubio at age 14 and Ángel Rebolo at age 15. This is the only comparison that can be made between Rubio and Dončić, as Dončić is more of a complete player, as he can shoot, dribble, rebound and give assists, better than most players that are way older than him.

At the moment, Dončić cannot really be compared to any other European player, not even the European players that are currently playing in the NBA, and he has still one year to go until he is eligible for the NBA draft.

Next up for Slovenia is Spain, in the Semi-Finals. Then, Dončić will have another chance to show his skills, and maybe even, together with Dragić, fight their way to the finals.