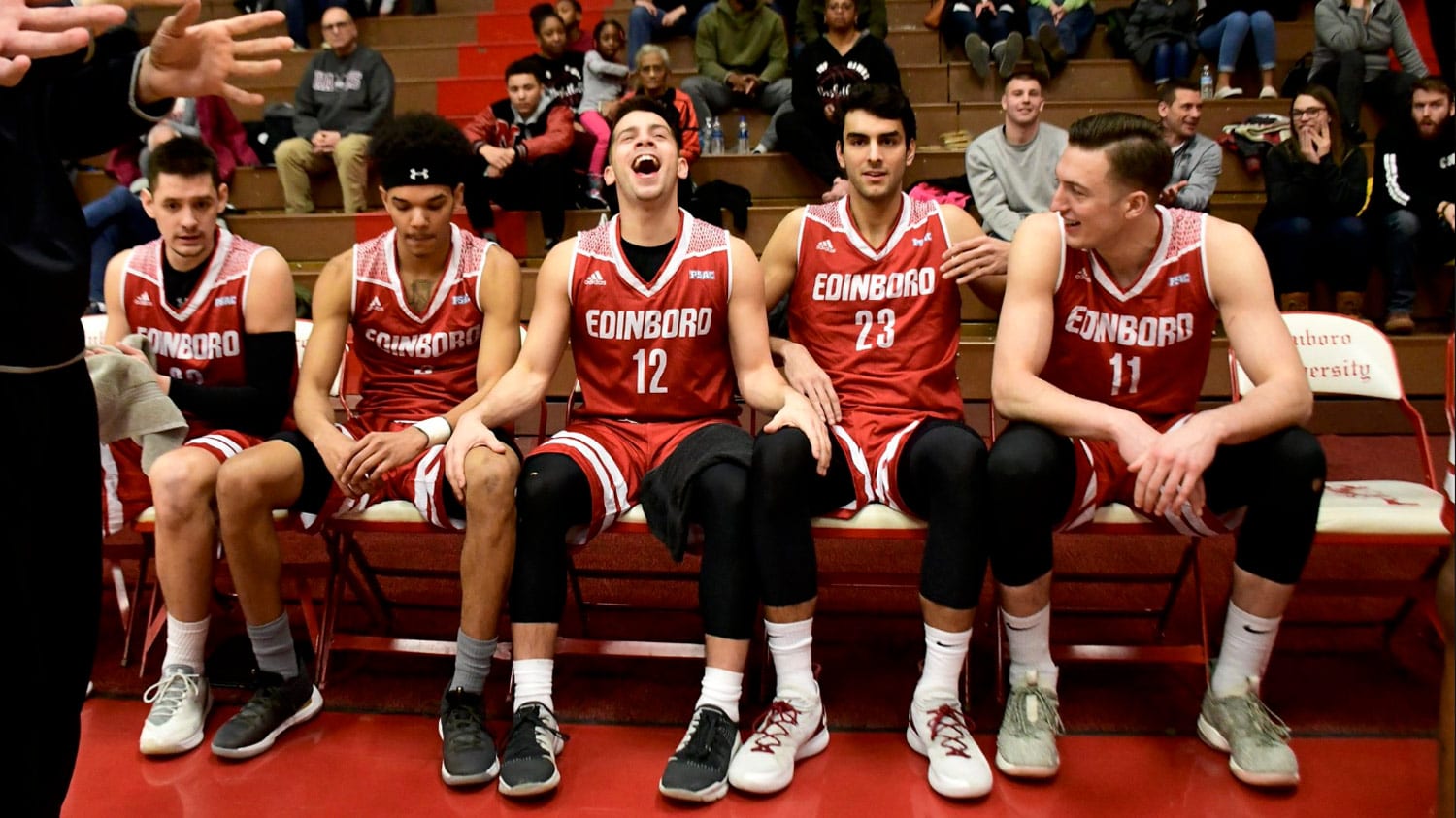 No, it wasn’t some sort of tribute to the University, but it was something much more simple. The IUP Crimosn Hawks did something that can only happen once in your basketball career: they forgot to bring the jerseys to the game. And, as their home town of Indiana County was about 2,5 hours away, they didn’t have enough time to drive there and back.

So, the team only had one option: to ask the Fighting Scots if they could borrow jerseys for their team. Luckily, Edinboro didn’t mind, dug up some old away jerseys, and the game could still be played.

Though they didn’t play in their usual colors or jerseys, it didn’t impact IUP at all, as they won the game 87-59. On top of that, their head coach, Joe Lombardi, got his 300th career victory. Together with all of this, it will definitely be a game for him to remember. Willem Brandwijk, the senior from the Netherlands, played 23 minutes, scored 6 points grabbed 9 rebounds, and blocked one shot.