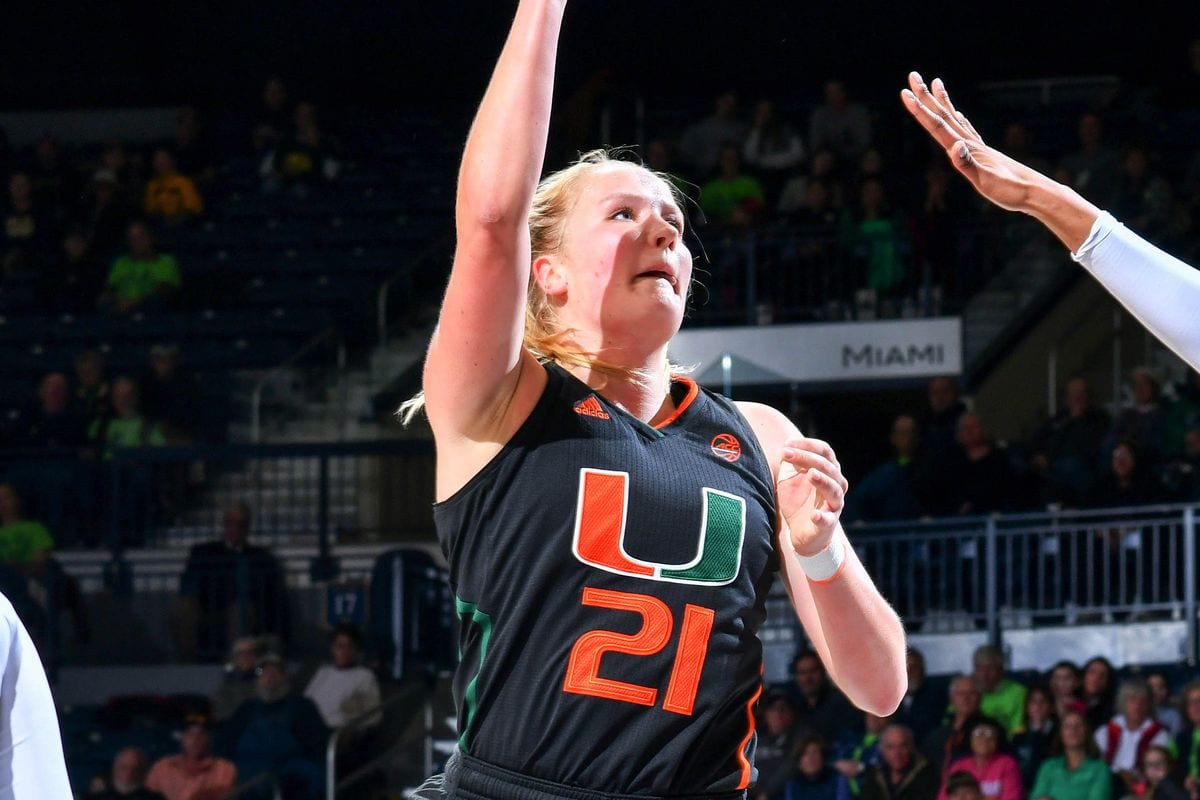 Tomorrow night, it will be time for the 2019 WNBA draft. It’s twice as chaotic as normal, as everyone expected the projected no.1 pick, Sabrina Ionescu, to forgo her last year of eligibility with the Oregon Ducks, but she didn’t. That meant all WNBA teams had to rethink who they were going to draft were.

Of course, there has been a huge increase of foreign players both in the WNBA and College basketball over the years. Non-American players are valued more and more, and are also getting picked higher in the draft. These players have a big chance they’re name will be called on Wednesday night.

Smith will probably be the highest picked non-American in this year’s draft, as she’s projected to go between the 5th and 8th spot in the first round. Besides that, she’s already playing a role on the senior team of Australia, the Opals. At last year’s World Cup, they made it all the way to the Finals.

During her college career, Smith was named an All-American by the WBCA coaches, the Pac-12 Tournament Most Outstanding Player, espnW Player of the Week,  and made it into the espnW All-America Second Team.

Han is a great prospect for the WNBA. She still needs to develop a lot of the basketball side, but her height (2.06m) and her mobility are very impressive. Furthermore, she did a good job at the World Cup last year, and her presence in the WNBA will be good for the popularity of the WNBA in China. For now, Han still plays for the Xinjian Magic Deer.

Carlton is also a well-seasoned player that has made her debut for her senior national team. She has been very successful for the Iowa State Cyclones in her four years there. Throughout her college career, Carleton has been player of the week several times, made it into the All-Big 12 First Team twice, was a WBCA All-American and was the Cheryl Miller Award winner (2019). So far, there isn’t a clear consensus in mock drafts on were she’ll be drafted, as some experts think she’ll go late in the 1st, others early second, and the rest project late in the 2nd.

Hof showed some huge improvements during her senior year with the Miami Hurricanes. All her stats went up this year, and she had some impressive outings this year. Hof was named the ACC’s Most Improved Player, ACC Coaches First Team All-ACC, ACC All-Defensive team and espnW National Player of the week.

The Dutch player is mentioned in two of the four ‘big’ mock drafts for tomorrow night. There, she’s projected to be a mid-second round pick for either Los Angeles, Minnesota or Dallas. If that’s the case, she will have a legitimate change to sign with a team.

Cazorla was the teammate of Ionescu with the Oregon Ducks. She started all of the 141 games she played during her four-year college career, which is quite an achievement. They had a good run in the NCAA Tournament this year, but eventually stranded in the Final Four. Without her, they wouldn’t have made the Final Four, as she hit the winning shot in the Elite Eight. Cazorla mostly stayed on the background behind Ionescu, but she has shown that she can step up when needed. For now, she’s projected to be drafted in the third round.

Magarity was a member of the Viriginia Tech Hokies for five years, redshirting in her first year. In her senior year, she set the single season rebounding record, and scored 1.000 career points. For now, she’s projected to go in the third round.